South Africa on Tuesday announced a 21-member squad for the three-match Test series at home against India, starting on December 26. 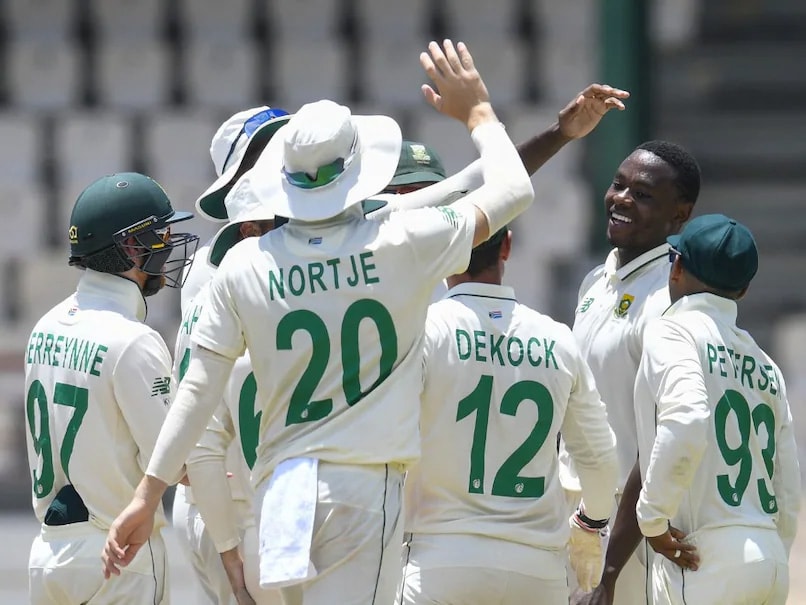 South Africa on Tuesday announced a 21-member squad for the three-match Test series at home against India, starting on December 26. The series will form part of the new cycle of the ICC World Test Championship and will be played at three venues -- SuperSport Park in Centurion (1st Test), The Wanderers Stadium in Johannesburg (2nd Test) and Newlands in Cape Town (3rd Test). Anrich Nortje was included in the squad while pacer Sisanda Magala and wicketkeeper-batsman Ryan Rickelton are the new faces in the team.

"The National Selection Panel has gone with the same core group that successfully toured the West Indies in June of this year and have included three others," Cricket South Africa said in a media statement.

Seasoned campaigners Kagiso Rabada and Quinton de Kock are also part of the squad while Duanne Olivier, whose last Test appearance for South Africa was in Gqeberha against Sri Lanka in February of 2019, also finds a place.

"We are really looking forward to the return of Dean Elgar and his men, it's been a long few months since the last time we saw them dominate in the West Indies. We are confident in the team that we have selected and believe fully in backing the talent that we have unearthed and cultivated over the last couple of seasons and giving players the backing that they deserve when they have continuously done well over a significant period of time," CSA Convenor of Selectors, Victor Mpitsang said.

"This Test series is also important in terms of getting some points in the Test Championship table and we are confident that this group will pick up from where they left off and give us a good show on home soil," he added.

Kagiso Rabada South Africa vs India 2021/22 Cricket
Get the latest updates on ICC T20 Worldcup 2022 and CWG 2022 check out the Schedule, Live Score and Medals Tally. Like us on Facebook or follow us on Twitter for more sports updates. You can also download the NDTV Cricket app for Android or iOS.