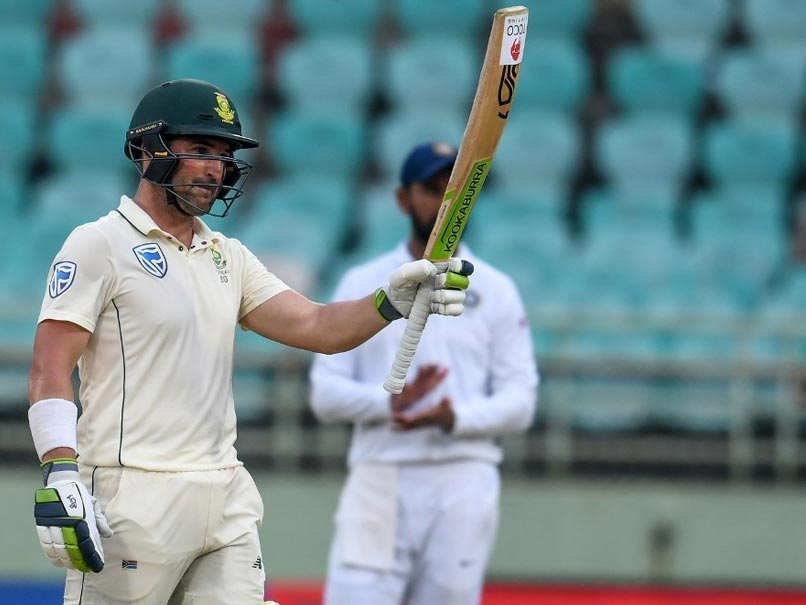 South Africa Test squad led by Dean Elgar will fly out to the West Indies on Monday.© AFP

New South African captain Dean Elgar is well aware of the cricketing contrast when he leads his team in two Test matches against the West Indies in St Lucia next month. The start date of the second Test on June 18 is the same as that for the world Test championship final between India and New Zealand in Southampton, England. Both West Indies and South Africa were well out of contention for a place in the final, finishing sixth and seventh respectively on the nine-team log table. South Africa's low placing is something that opening batsman Elgar wants to change when the next championship cycle gets under way.

"We need to play better cricket," said Elgar, 33. "We're very conscious that we haven't been very consistent. Our skill level hasn't been where it should be.

"Ultimately, of course, we want to compete and we want to play in the final of a world Test championship. We need to be more consistent and get back to the South African way again."

He described the South African way as "fast bowlers taking wickets and batting line-ups that score big runs - what we got used to watching as we were growing up."

He said one of his challenges would be get players to believe in a process that would lead to significant improvement.

"I believe very strongly that w have to follow that process and climb up the rankings again. Where we are the moment is not doing us any favours."

Looking ahead, Elgar said he welcomed the return of experienced players to the South African domestic scene next season following the end of the Kolpak system in English county cricket.

"The players coming back are going to improve and strengthen our domestic game and will also add a lot of competition in our system, which, maybe, we have lacked over the past few years," said Elgar.

"I see it as a massive positive with those guys coming back. If they're knocking down the door it will be a great thing for the current squad to get a little firecracker and motivate their game in a good way."

The South African Test squad assembled in Centurion on Friday and will fly out on Monday. They will face four days of "lockdown" when they arrive at a luxury resort in St Lucia, during which they will have two Covid Tests before they can leave their rooms and start training ahead of the first Test on June 10.

South Africa have not played Test cricket in the West Indies since 2010 when Graeme Smith led them to a 2-0 win in a three-match series. None of the current squad were on that tour.

South Africa Cricket Team Dean Elgar Cricket
Get the latest updates on ICC Women's Cricket World Cup 2022 and IPL 2022, check out the Schedule , Live Score and IPL Points Table. Like us on Facebook or follow us on Twitter for more sports updates. You can also download the NDTV Cricket app for Android or iOS.