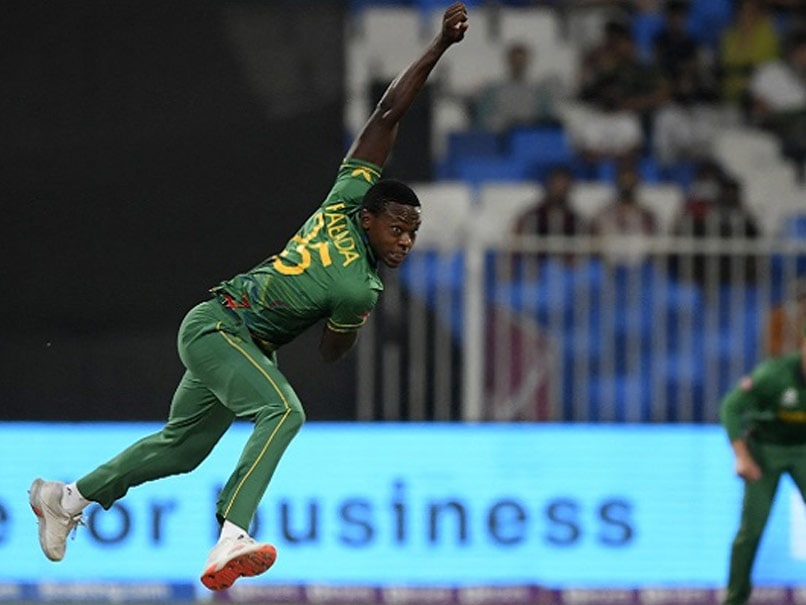 Pacer Kagiso Rabada took a late hat-trick to help South Africa restrict England to 179/8 in 20 overs and register a convincing 10-run win in their last T20 WC match in Sharjah. Needing 14 runs off the last over, Rabada removed Chris Woakes, Eoin Morgan and Chris Jordan on the first three balls of the over to push England on the backfoot. Earlier, openers Jason Roy and Jos Buttler started cautiously in their run-chase of 190 but soon found themselves back in the pavilion. While Roy was stretchered off due to a possible calf or hamstring issue, Buttler was removed by Nortje for 26 runs. Jonny Bairstow also departed soon for one run off three balls while Moeen Ali fell for 37 runs off 27 balls. Dawid Malan, Liam Livingstone and Morgan tried their best to upset the bowling attack with attacking shots but to no avail.

Batting first, Rassie van der Dussen and Aiden Markram scored brilliant fifties to power their team to 189/2 in 20 overs against England after captain Eoin Morgan won the toss and decided to field. Only Moeen Ali and Rashid Khan got into the wickets while the rest of the bowling line-up struggled. Earlier, England made one change as pacer Mark Wood was brought in replacing fast bowler Tymal Mills, while South Africa went in unchanged from the last game. (Scorecard)

"We will bowl first. Looks like a good wicket, dew will play a role here, as he saw against Sri Lanka. It's a different challenge to play here, we saw an unbelievable innings from Jos Buttler the other day. We'll have to give our best in every match. One forced change - Mark Wood is in, his first game of the tournament, replaces Tymal Mills."

"We were looking to bowl as well, but now we need to start well with the bat and then try and defend it. We need to do well in the batting powerplay, lay a foundation and then plan ahead. We're playing the same team."