Abhishek Verma shot 244.2 in the eight-man final, while Saurabh Chaudhary's 221.9 was good enough to get him the bronze. 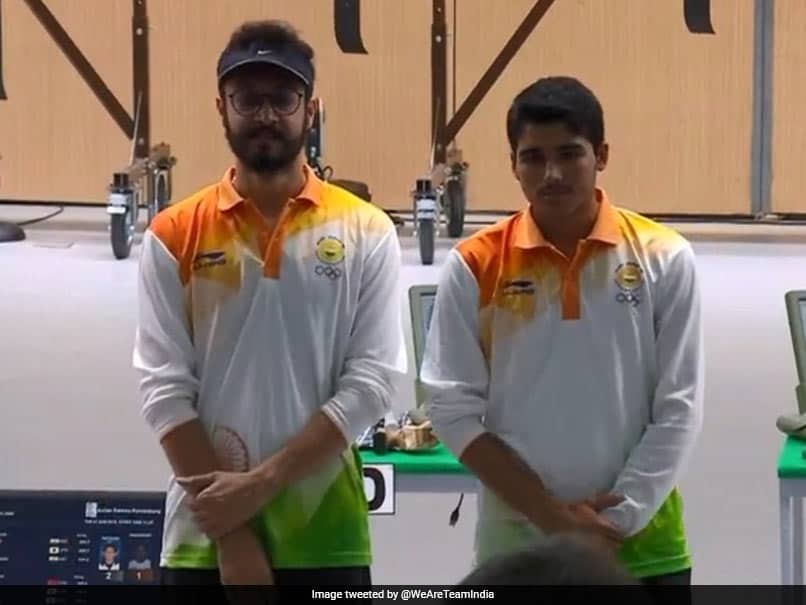 Abhishek Verma won the gold medal while Saurabh Chaudhary took home the bronze, in a dominant display by the Indian shooters in the men's 10m air pistol event of the ISSF World Cup in Rio de Janeiro. Abhishek Verma shot 244.2 in the eight-man final, while Saurabh Chaudhary's 221.9 was good enough to get him the bronze. The silver medal went to Turkey's Ismail Keles, who aggregated 243.1 in the season's fourth ISSF World Cup for rifle and pistol shooters. India have already exhausted the maximum Olympic quotas available per country in this event, with both Verma and Chaudhary securing the quotas in the previous qualifying events.

In the qualifications, Saurabh Chaudhary was fourth with 584 points and Verma entered the final in fifth position with 582 points, while Gaurav Rana was 44th with 571.

India were placed at the top of the medals tally with two gold medals, one silver and a bronze.

Young Elavenil Valarivan opened India's account with a gold in the women's 10m air rifle event on the opening day.

He had shot 392 in kneeling, 398 in prone and 390 in standing in the qualification phase, to emerge the second best, one point behind Zhang Changhong of China. Only five shooters were eligible to win Olympic quota in the final.

Verma and Chaudhary ended the second day of the competition on a high note for India.