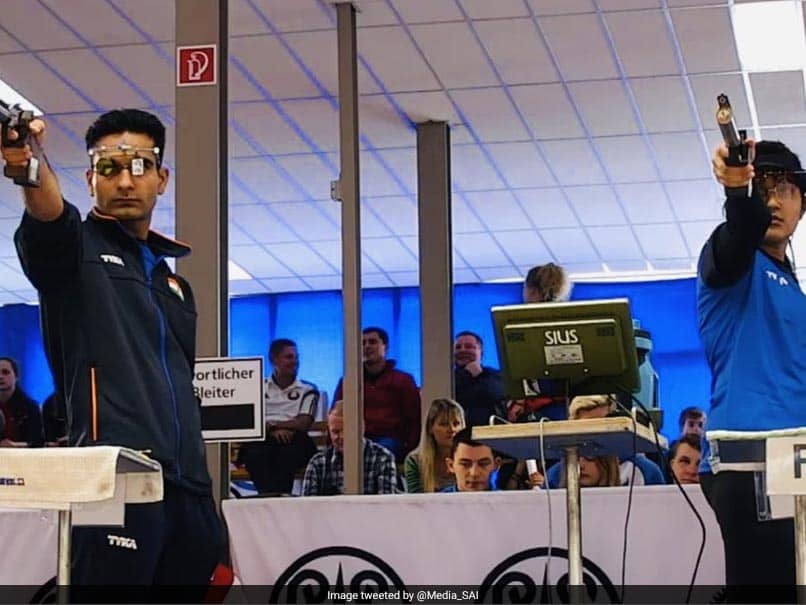 The youngster from Khargone, Madhya Pradesh, aggregated 1171 in the gruelling 120-shot qualification round where a shooter fires 40 shots each in the kneeling, prone and standing positions. His score was enough for the fourth place in a field of 72 where the top eight made it to the medal round.

Facing a top-class field in the finals with multiple ISSF medallists and Russian Grigoril Shamakov, the reigning Youth Olympic Games champion in the mix as well, Aishwarya began strongly and finished with a resounding victory.

He led at the end of the first 15 kneeling shots, surrendered it to Hungarian double world championship junior medallist Zalan Pekler at the end next 15 prone position shots and then was first off the blocks in the standing position, generally a difficult transition where India has struggled earlier, to regain the lead after the 35th shot to never look back.

By the time he was taking aim for the final and 45th shot, he was a clear 3.4 ahead of Pekler and finished with an outstanding 10.4 for a finals junior world record score of 459.3, shattering Czech talent Filip Nepejchal's mark of 458.7 set in the Beijing World Cup earlier this year.

In the process, the youngster also ensured that India topped the medals tally, something a Chinese 1-2 in the event could have jeopardised. China finished second with eight gold and 24 medals in all.

"Our sincere gratitude is extended to our coaches, support staff, & officials who have tirelessly toiled to ensure these superb, and I might add, unparalleled results in any other sport that our nation competes in," National Rifle Association of India (NRAI) president Raninder Singh tweeted.

"Naturally the athletes deserve the encore." India has now topped the medal charts in four of the eight ISSF competitions this year.