Braun Strowman beats Baron Corbin with one arm in a sling. 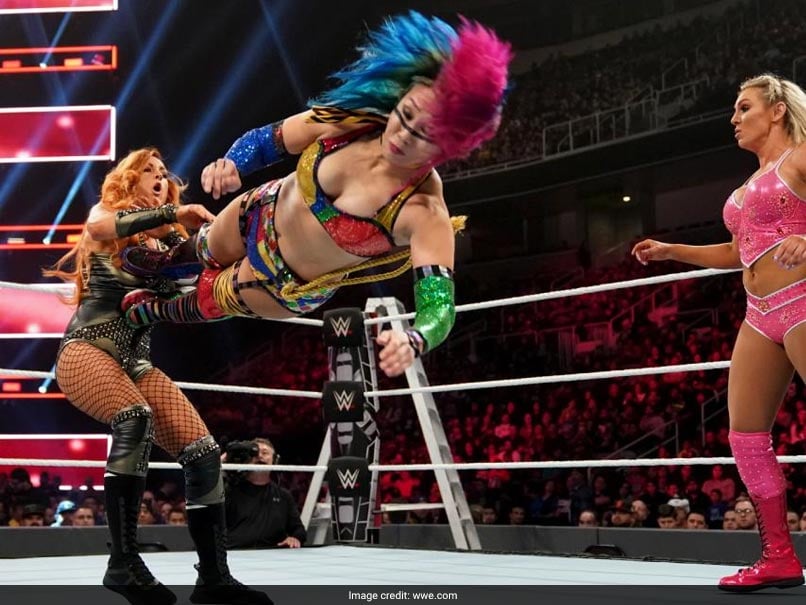 WWE TLC: Tables, Ladders & Chairs, the final pay-per-view of 2018 just might go down as WWE's best overall main roster show of the year after a star-studded card delivered beyond expectations from the SAP Center in San Jose, California. There were many performances that threatened to steal the show but undoubtedly, it was a trio of women in the triple threat TLC match for the SmackDown championship that was a perfect teaser for epic things to come at WrestleMania 35 in April. Two titles changed hands on the show, but WWE had saved the best for last. All in all, WWE ended 2018 with a bang. The Road to WrestleMania begins in January 2019 and ahead of the showdown, TLC was all about classic matches and settled rivalries. Now, without further ado, let's see what went down Sunday at WWE TLC.

Braun Strowman returned from his elbow surgery, with his left arm in a sling, to beat Baron Corbin at the TLC pay-per-view on Sunday. Strowman was technically not cleared to compete and Corbin, who had made plenty of enemies in recent weeks, lost all general manager powers on RAW because of the defeat.

RAW superstars like Finn Balor, Apollo Crews, Chad Gable, Bobby Roode and Kurt Angle, arrived to do Strowman's dirty work as the Monster Among Men merely needed to put his foot on Corbin's chest for the three-count.

#RAW Superstars, referees, and even a @WWE Hall of Famer have A LOT of aggression to take out on @BaronCorbinWWE tonight! @BraunStrowman #WWETLC pic.twitter.com/inqjIs8iid

The win means Strowman will face Brock Lesnar for the Universal Championship at the Royal Rumble on January 27.

Japanese star Asuka emerged as the new champion after RAW's title-holder Ronda Rousey, who defeated Nia Jax earlier in the day, knocked both Flair and Lynch, whose 91-day reign is now over, off a ladder in the final moments.

For her, it was never about a streak or a number, it was about proving she was the best of every division she was ever a part of. Tonight, after a brutal #WWETLC match, the Empress of Tomorrow is the Champion of Today. Congratulations @WWEAsuka. #WeAreNXT pic.twitter.com/flIgmYMjEg

The match featured levels of extremity unprecedented in the women's division and is a genuine contender for the best match WWE has produced in 2018.