Roman Reigns won the WWE Universal Championship as he defeated Braun Strowman and "The Fiend" Bray Wyatt in a triple threat match. 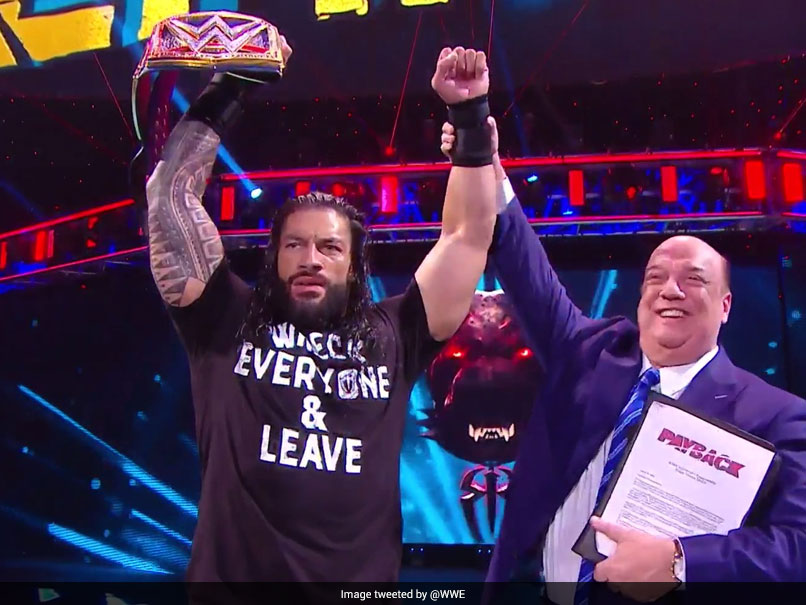 Roman Reigns on Sunday (local time) won the WWE Universal Championship as he defeated Braun Strowman and "The Fiend" Bray Wyatt in a triple threat match. The pay-per-view event WWE Payback was held at Amway Center in Orlando, Florida. Reigns officially turned heel as he did not show up at the starting of the match, but turned up later when both The Fiend and Strowman had fought for the most part of the match.

Reigns was accompanied to the ring by advocate Paul Heyman, who has been long time associate of Brock Lesnar.

In the end, Reigns popularly known as "The Big Dog" hit a spear on Strowman to reclaim his Universal title.

In the match, Reigns was seen sporting a t-shirt reading "Wreck Everyone and Leave". This is a change from his normal signature vest.

In other matches, the team of Rey Mysterio and his son Dominik defeated Seth Rollins and Murphy,

Comments
Topics mentioned in this article
WWE
Get the latest updates on ICC Women's Cricket World Cup 2022 and IPL 2022, check out the Schedule , Live Score and IPL Points Table. Like us on Facebook or follow us on Twitter for more sports updates. You can also download the NDTV Cricket app for Android or iOS.