Roman Reigns surprised the WWE fans with a shocking return as he took down the universal champion Bray Wyatt at SummerSlam. 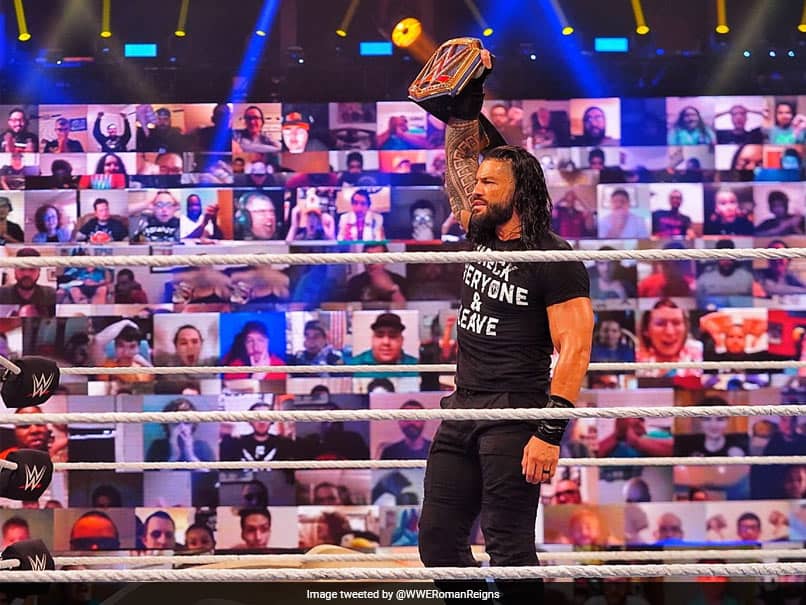 Roman Reigns made a shocking return to the ring at the SummerSlam pay-per-view on Sunday and attacked the new universal champion 'The Fiend' Bray Wyatt and former champion Braun Strowman. "You'll never see it coming," Reigns tweeted after making a stunning return and taking down Bray Wyatt and Braun Strowman. Reigns was scheduled to take on Goldberg at Wrestlemania 36 for the universal championship but he pulled out of the even. Strowman then faced Goldberg at Wrestlemania and defeated the WWE Hall of Famer to capture the title.

After the main event ended on Sunday in favour of Wyatt, Roman Reigns hit a spear to the new universal champ and then hit Strowman with multiple steel chair shots.

Reigns again turned his attention to Wyatt and hit him with another spear before hoisting the title above his head to conclude the event.

In the other title match, WWE champion Drew McIntyre successfully defended his title against Randy Orton in a gruelling contest.

Rey Mysterio's son Dominick made his in-ring debut in a street fight match against Seth Rollins.

Dominick put in a courageous effort against the former WWE champion but Rollins proved to be too much for the debutant.

For the Raw women's championship, Asuka defeated Sasha Banks to win the title.

Mandy Rose got the better of Sonya Deville in a no-disqualification contest.

In the kick-off show, the United States champion Apollo Crews defended his title against MVP.