"It Doesn't Matter What You Think": Drew McIntyre Shuts Down The Rock

WWE shared a glimpse into the future but The Rock and Drew McIntyre were engaged in a heated exchange on Instagram. 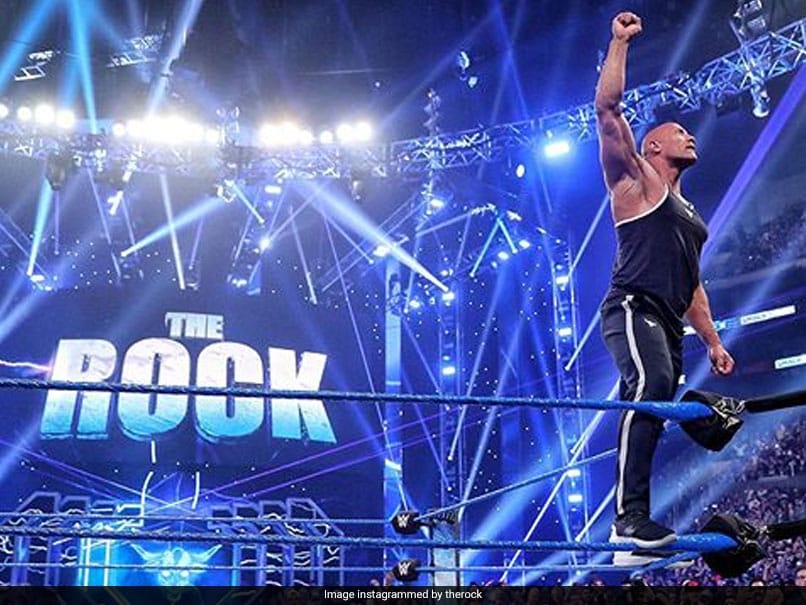 The Rock vouched for Dolph Ziggler to become the new WWE champion.© Instagram

World Wrestling Entertainment(WWE) champion Drew McIntyre was involved in a heated exchange with former champion and WWE legend The Rock. The WWE took to Instagram to share a picture showing a possible glimpse into the future, where Dolph Ziggler, who will face Drew McIntyre this Sunday for the championship, was seen holding the WWE title on his shoulder. The Rock vouched for Ziggler to become the champion after the Extreme Rules pay-per-view. "I'd co-sign this decision Talented dude and always has a spark in his presentations," The Rockleft a comment on WWE's post.

In reply, the current WWE champion used The Rock's popular catchphrase to shut him down for voicing his opinion.

"It doesn't matter what you think," McIntyre replied while tagging The Rock. 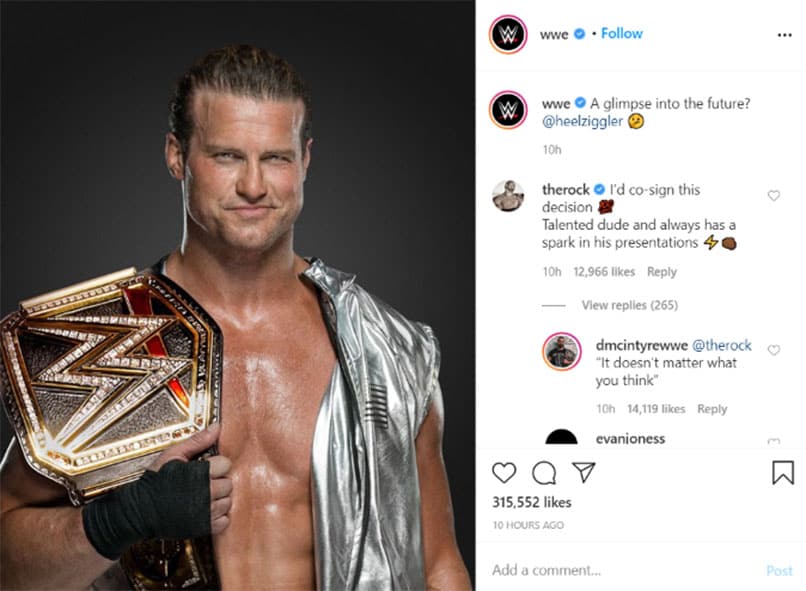 Soon after the exchange of words between McIntyre and The Rock, fans started speculating a future match between the two at Summerslam or at the next Wrestlemania.

However, neither the two superstars nor the WWE say anything about a potential match in the near future.

At the Extreme Rules pay-per-view this Sunday, Drew McIntyre will defend his title against Dolph Ziggler.

The Universal champion Braun Strowman will take on Bray Wyatt in a Wyatt Swamp Fight.

Rey Mysterio has taken his feud with Seth Rollins to the next level as the duo will battle it out in an eye for an eye match.

For the Raw Women's championship, Sasha Banks has challenged Asuka while Bayley will defend her Smack Down women's title against Nikki Cross.

Comments
Topics mentioned in this article
Other Sports Cricket
Get the latest updates on IPL 2021, check out the IPL 2021 Schedule and Indian Premier League Live Score . Like us on Facebook or follow us on Twitter for more sports updates. You can also download the NDTV Cricket app for Android or iOS.