Dwayne Johnson has been dating Lauren Hashian since 2008. 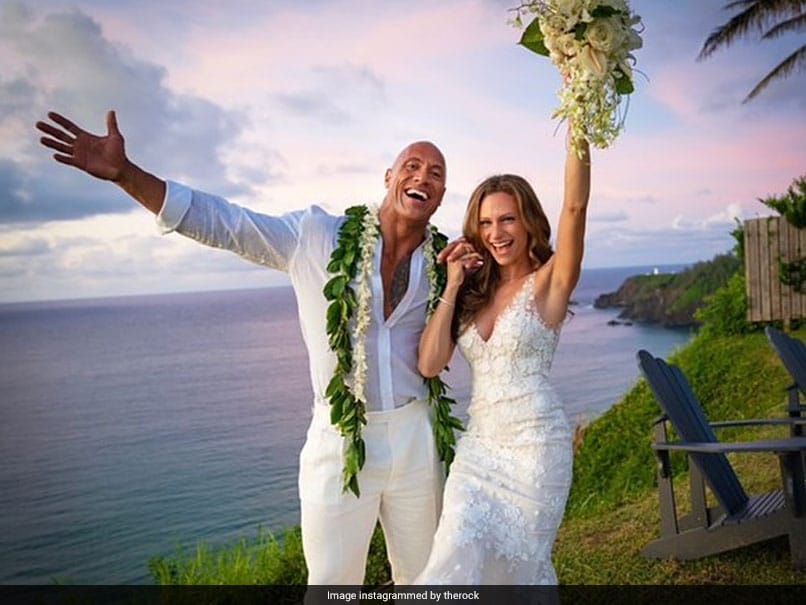 Dwayne 'The Rock' Johnson and his longtime girlfriend Lauren Hashian in Hawaii.© Instagram

Dwayne 'The Rock' Johnson, who recently announced retirement from World Wrestling Entertainment (WWE), tied the knot with his longtime girlfriend Lauren Hashian in Hawaii. Fondly known as "The Rock", the 47-year-old, announced the news on Instagram. Dwayne Johnson posted two pictures on Instagram from his wedding celebration and wrote, "We Do, August 18th, 2019. Hawaii. Pomaika'i (blessed)." Dwayne Johnson has been dating Lauren Hashian since 2008. They first met in 2006 when the WWE superstar-turned-actor was shooting for his movie The Game Plan.

Earlier, Dwayne Johnson had officially announced his retirement from World Wrestling Entertainment (WWE). The wrestler-turned-Hollywood star said that he "quietly retired" from WWE, but at the same time did not rule out the possibility of a comeback in future. It was the first time that the professional wrestler admitted to retiring from the sport.

Speaking on a chat show, 'Live with Kelly and Ryan in the States', Johnson said: "I miss wrestling. I love wrestling. I quietly retired from wrestling because I was lucky enough to have a wonderful career and accomplish what I wanted to accomplish. But there's nothing like a live crowd, live audience, live microphone."

His last official match was at the WrestleMania 32 in 2016 where he had defeated one half of the Wyatt Brothers -- Erick Rowan.

Speaking of his debut match at the famous Madison Square Garden in the Survivor Series in 1997, he said: "I had my very first match in the WWE in Madison Square Garden. It was a big pay-per-view and it's funny because I credit my journey in pro wrestling to getting me to where I am today -- especially that particular night."