With the sweep in Kho-Kho, Maharashtra have moved to 68 gold, 51 silver and 62 bronze. 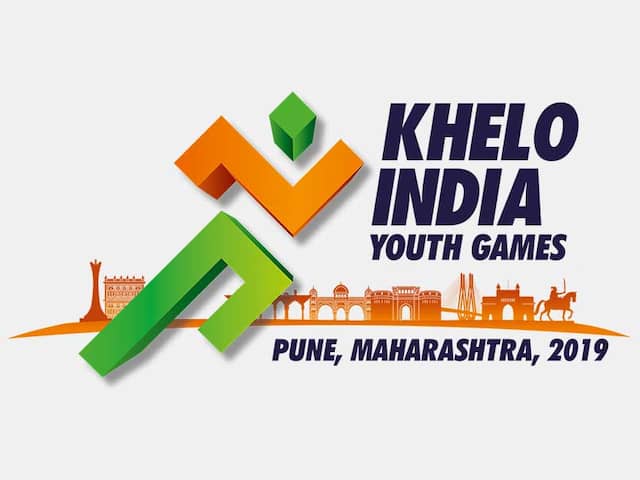 Delhi are still waiting to get past the 50-gold mark.© Khelo India

On a day when there were only four gold medals at stake, hosts Maharashtra made a clean sweep of all four in the Kho-Kho competition at the Khelo India Youth Games here on Thursday. They won the gold medals in Boys and Girls Under-17 and Under-21. With the sweep in Kho-Kho, Maharashtra have moved to 68 gold, 51 silver and 62 bronze. Delhi are still waiting to get past the 50-gold mark as they have 47 gold, 32 silver and 44 bronze. Haryana had 38 gold, 36 silver and 38 bronze. The Top-10 on the tally stayed unchanged from the previous day.

Kerala, showing that they have adapted to the tactics of the sport, picked two silver medals, both in Under-21 section. Delhi (Girls Under-17) and Andhra Pradesh (Boys Under-17) won the other silver medals.

Barring the Boys Under-17 final against Andhra Pradesh, the hosts Maharashtra were made to fight in all the other finals, though they came through with the gold in all with the crowd cheering them hard.

The most entertaining match was in Under-17 Girls' final where Maharashtra beat Delhi 19-17 as the match was decided through an extra inning which Maharashtra won 7-5 after both teams were level at the end of the second innings.

As the focus shifted to team events, Haryana reached three of the four semi-finals of the Kabaddi competition. The only exception was in Boys Under-21 section, where Haryana was surprisingly knocked out in the League stage.

The Haryana girls continued their performance in the U-21 category as well as they beat Uttar Pradesh by a handy margin of 32-26. They will meet Himachal Pradesh for the gold. Himachal fought a close match with hosts Maharashtra before winning 22-19.

The boys' category, U-17 semi-finals were close. Chattisgarh had to sweat it out before earning a 29-27 win, while Delhi took on Kabaddi powerhouse Haryana in the second semi-final. This was the only semi-final, where Haryana were strained a little. After an initial fight from Delhi, Haryana went on to win 44-37.

In tennis, third seed S. Manish of Tamil Nadu stayed on course for the gold medal by reaching the final of boys U-21 singles. He overcame Nitin Sinha of West Bengal 6-3, 6-2. Manish will now take on unseeded Dhruv Sunish of Maharashtra, who upset fourth seed Paramveer Bajwa of Chandigarh in the other semi-final. Dhruv beat Bajwa 6-4, 6-2.

In the U-17 girls singles semi-finals, Prerna Vichare of Maharashtra, who trains at Khar Gymkhana, overcame Lakshmi Reddy of Andhra Pradesh 7-5, 6-4 and will play Priyanshi Bhandari of Gujarat for the gold medal. The Gujarat girl beat top seed Gargi Pawar of Maharashtra 6-2, 6-2.

In the girls' U-21 doubles semi-finals, Telangana's Rashmika Bhamdipaty and Humera Shaik reached the final without conceding a game 6-0, 6-0 against Tamil Nadu's K. Balasubramanian and Sai Avanti Revevanur. They face Gujarat's Zeel Desai and Vaidehi Chaudhari who defeated Sai Dedeepya and Aditi Aree of Telangana 6-0, 6-2 in the other semi-final.

In hockey, Jharkhand came back from a huge 0-3 deficit to turn the tables on Odisha and emerge 4-3 winners set up a title clash with Haryana in the girls U-17 hockey competition on Thursday. In contrast, Haryana turned the second semi-final into a one-sided affair, hammering neighbours Punjab 4-0.