The closest to Delhi was Punjab with 4 gold medals. 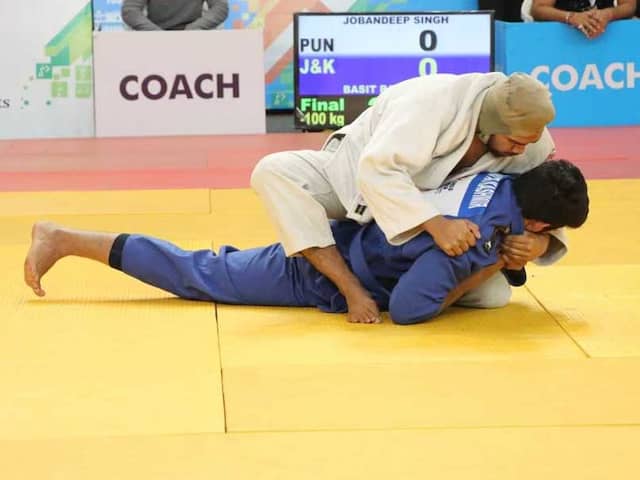 In all, Delhi won 12 gold, 3 silver and 6 bronze medals to top in the discipline. (Representational)© Khelo India

Delhi judokas proved to be a cut above the rest as the northern state ended up with 12 gold, 3silver and 6 bronze medals to top in the discipline at the Khelo India Youth Games here. The closest to Delhi was Punjab, which won 4 gold, while Haryana, Uttar Pradesh and hosts Maharashtra bagged three gold medals each in judo at the Games. Delhi's dominance primarily came in the Under-17 and Under-21 girls' section, where they won eight of the 12 gold medals at stake, a media release said. A shot in the arm for judo was that 22 of the 29 participating states won medals.

In comparison, states from southern India could not muster even one gold. However, the surprise pack was Kerala which cornered eight medals - two silver and six bronze. From the east, Manipur remained the flag-bearer with Youth Olympics silver medallist and Asian Championship gold winner Tababi Devi Thangjam (Below-52kgs) and Maibam Indubala Devi (Below78 kgs) leading from the front.

Interestingly, the surprise packet was Arunachal Pradesh, a wild card entry which won two silver medals via the individual effort of Kabin Doyom (Under 17 & Under-21 girls, Below-48kg) category respectively. They also had 2 bronze to their credit. Maharashtra led the challenge from the West, picking up 3 golds, while Gujarat had two yellow medals and Rajasthan bagged one.