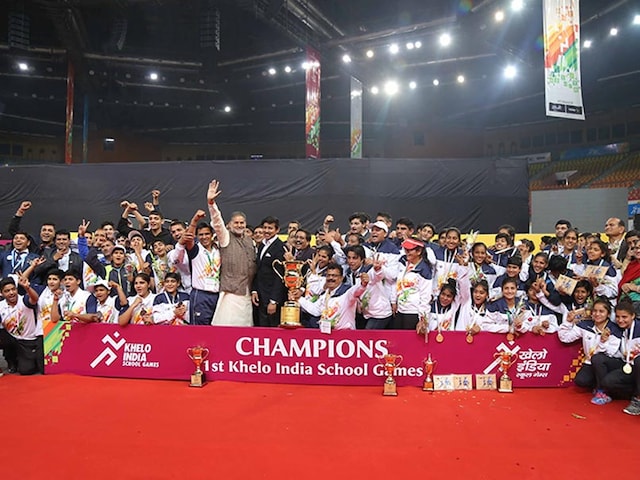 Riding on a rich final day haul of medals, Haryana pipped Maharashtra to the post to emerge team champions of the inaugural Khelo India School Games on Thursday. Starting the day a gold medal less than Maharashtra, Haryana bagged 15 yellow metals -- with their boxers winning 10 of them -- on the final day. Haryana's other gold medals comprised two in judo and one each from archery, football and hockey. Overall, Haryana picked 38 gold, 26 silver and 38 bronze, while Maharashtra finished the Games at 36 gold, 32 silver and 42 bronze. Maharashtra, however, had the consolation of winning the most medals -- 110 -- as compared to Haryana's 102. Haryana and Maharashtra were the only states to go past the 100-mark in terms of total medals.

Delhi, who were right behind Haryana and Maharashtra a day earlier, were left far behind at 25 gold, 29 silver and 40 bronze for a total of 94 medals.

The trophies for maximum participation were awarded to Uttar Pradesh, Maharashtra and Rajasthan in that order.

Haryana were in full flow on the final day as their athletes won 15 gold, nine silver and 18 bronze for a day's total of 42 medals, while Maharashtra had 12 gold, six silver and eight bronze and a total of 26 medals.

Apart from the massive haul in boxing, Haryana also won the girls hockey gold, while Odisha emerged top among the boys.

Haryana accounted for a football gold as their girls beat Manipur girls 5-4, while Mizoram beat Punjab in a close boys final.