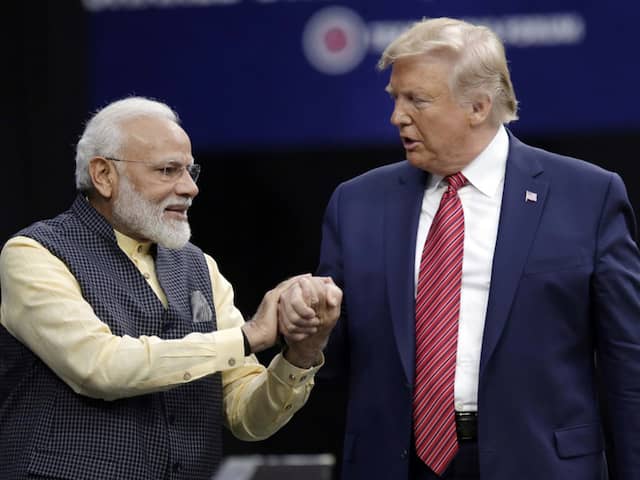 "Am I invited Mr Prime Minister? I may come, be careful, I may come," he said jokingly as Prime Minster Modi laughed.

Earlier this month, the National Basketball Association (NBA) said 3,000 students from over 70 schools will be extended invitations for the first-ever NBA game in India to be played in Mumbai in October.

The NBA sides Sacramento Kings and Indiana Pacers will play two pre-season games on October 4 and 5 in front of students under the Reliance Foundation Jr NBA programme.

The NBA India Games will mark the first games that teams from a North American sports league will play in India. Prime Minister Modi and President Trump on Sunday addressed the mega 'Howdy, Modi' event in Houston.

The event was organised by Indian-Americans in Texas for Prime Minister Modi.

This is for the first time that the leaders of the two largest democracies of the world were addressing a joint mega rally in the US.