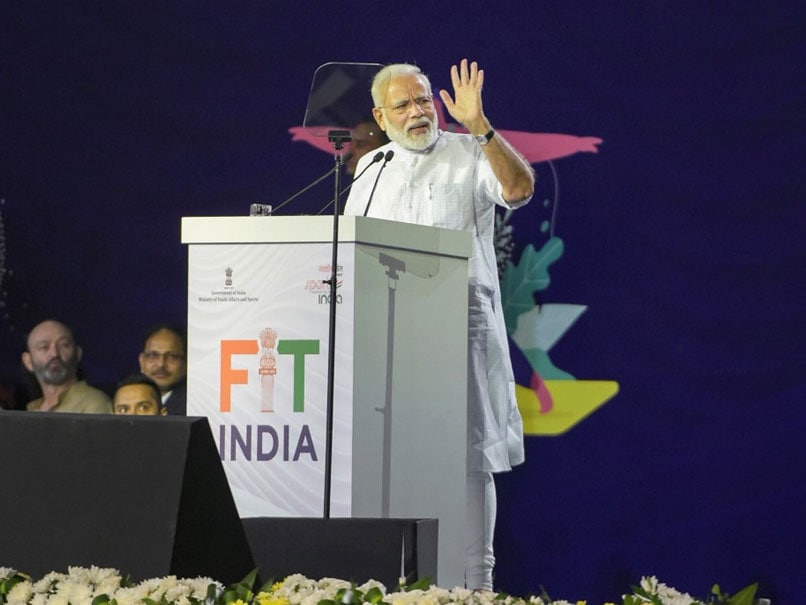 Prime Minister Narendra Modi on Thursday launched a nationwide 'Fit India' Movement' on National Sports Day which he believes will take the country towards a healthier future. Speaking at launch event at Indira Gandhi Indoor Stadium in New Delhi, the Prime Minister said, "Fitness is zero per cent investment with infinite returns." At a colourful ceremony, which included a presentation of India's indigenous martial art forms, dances and sports, Modi said technology has contributed to a sedentary lifestyle.

"Fitness has always been an integral part of our culture. But there is indifference towards fitness issues now. A few decades back, a normal person would walk 8-10km in a day, do cycling or run.

"But with technology, physical activity has reduced. We walk less now and the same technology tells us that we are not walking enough," he added.

The campaign is aimed at encouraging people to include physical activity and sports in their everyday lives.

"Fitness is not just a word but a pre-condition for a healthy and fulfilling life. It should become a revolution," Modi said.

Modi said the younger generation grappling with lifestyle diseases is a worrying trend.

"There is surge in diabetes and hypertension cases and other lifestyle diseases. We hear sometimes a 12 or 15 year old is suffering from diabetes or a 30 year old has had a heart attack. It is a worrying trend but I still find positives from it as I am a positive person. These are lifestyle disorders and can be fixed with change in lifestyle.

"Fitness is the need of the hour. But with technology, physical activity has reduced and now we have come to a stage where we count our steps on a mobile app," he said.

"It has become fashionable to talk about fitness rather act on it. For few, talking about it is a fashion statement which doesn't help," said the Prime Minister.

The launch was also attended by Rijiju and this year's National Sports Awards winners among others.

"We will take this movement to new heights with the cooperation of my fellow Indians. I am so glad that this movement is being launched on the birth anniversary of Major Dhyan Chand, our hockey wizard," Rijiju said.

The Prime Minister congratulated the winners of the national sports awards and lauded India's sporting achievements.

"Be it boxing, badminton, tennis or any sport, our athletes are giving new wings to our aspirations. Their medals are not just a result of their hard work but also a reflection of a new India's confidence," he said.

Modi added that India must address its health woes like many other countries are doing.

"...these problems are not just confined to our country. The entire world is facing lifestyle related health issues. Countries like China, Australia and Germany have already started campaigns to make their countries fitter.

"Success and fitness are closely connected. All successful people are fit. Body fit hai toh mind hit hai (If the body is fit, the mind is fit)," he added.