Tony Parker, who won four NBA titles with the Spurs between 2003 and 2014 announced his decision in a post on Twitter. 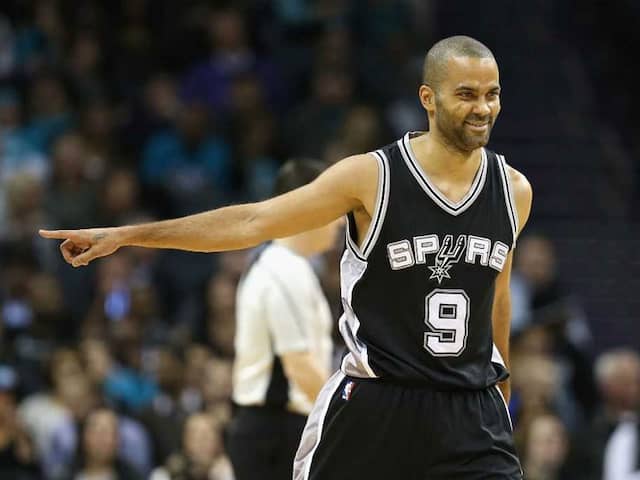 Tony Parker confirmed his retirement from basketball on Monday after 18 seasons in the NBA.© AFP

Former San Antonio Spurs star Tony Parker confirmed his retirement from basketball on Monday after 18 seasons in the NBA. The 37-year-old French international, who won four NBA titles with the Spurs between 2003 and 2014 announced his decision in a post on Twitter. "It's with a lot of emotion that I retire from basketball, it was an incredible journey!" Parker wrote. "Even in my wildest dreams, I never thought I would live all those unbelievable moments with the NBA and the French National Team. Thank you for everything!"

Parker is one of the most successful foreign players ever to play in the NBA, and was a key figure in the Spurs teams which consistently challenged for championships during his time with the franchise.

Injuries hampered his final years with the Spurs and he spent last season playing with the Charlotte Hornets, appearing in 56 games but not starting in any.

In an interview with The Undefeated on Monday, six-time All-Star Parker said he was walking away from the sport after realising that he could no longer compete at the very highest level.

"A lot of different stuff ultimately led me to this decision," Parker said.

"But, at the end of the day, I was like, if I can't be Tony Parker anymore and I can't play for a championship, I don't want to play basketball anymore."

Parker had previously spoken of his desire to play 20 seasons in the NBA, but said his view changed after playing in Charlotte, who finished outside the playoff standings.

"I wanted to play 20 seasons and I still think I can play," he told the website owned by ESPN.

"I had a good season with the Hornets, and I was healthy. But at the same time, now I don't see any reason to play 20 seasons.

"If I don't play for a championship, I feel like, why are we playing? And so that's why it was very different for me mentally to focus and get motivated to play a game that I love, because I want to win something."

Parker's retirement comes after Argentina's Manu Ginobili, another key member of the dominant Spurs teams of the past two decades, retired in August last year.