International Olympic Day: Sachin Tendulkar advised his followers to work out every day to stay fit. 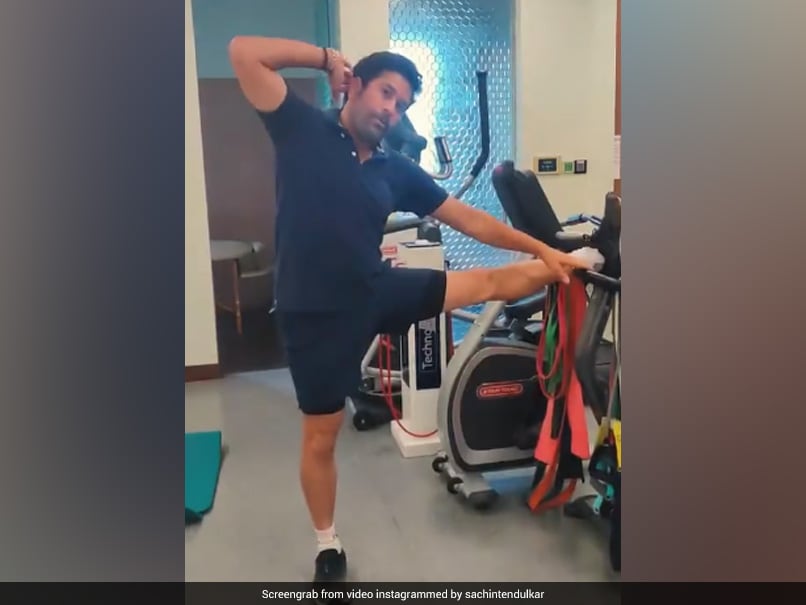 Former India cricketer Sachin Tendulkar on Wednesday marked International Olympic Day by posting a video on his official Instagram handle of himself working out. The master blaster also advised his followers to work out every day to stay fit by citing the examples of Indian Olympians. “What is your favourite sport? Stay healthy, be fit,” Tendulkar captioned the post. He also used the hashtags #OlympicDay and #Tokyo2020. The short clip starts with Tendulkar working out and after that, he goes on to talk about the importance of working out every day.

Within four hours of being posted, the video garnered over 1.8 lakh likes on Instagram. The post was a hit among his fans, and many of them also left heart, fire, and clap emojis in the comments section.
Tendulkar is the most celebrated cricketer not just in India but across the globe. He is the only player in the world to score 100 international centuries. He also holds the record for the greatest number of centuries in Tests (51) as well as ODIs (49).

He was also the first male cricketer to score a double hundred in limited-overs cricket. The right-handed batsman recorded the incredible feat in 2010 against South Africa in Gwalior.

Tendulkar made his ODI debut against arch-rival Pakistan in 1989. He played his last ODI match against the same opponent in 2012, a year after India won their second ODI World Cup.

In his career spanning 24 years, he scored 18,426 runs in 463 ODIs matches for India, a feat that still stands tall amid the plethora of other records.

Tendulkar bid adieu to Test cricket on November 16, 2013, after playing a record 200th Test matches for India. He also holds the record for most runs in red-ball cricket – 15,921 runs.