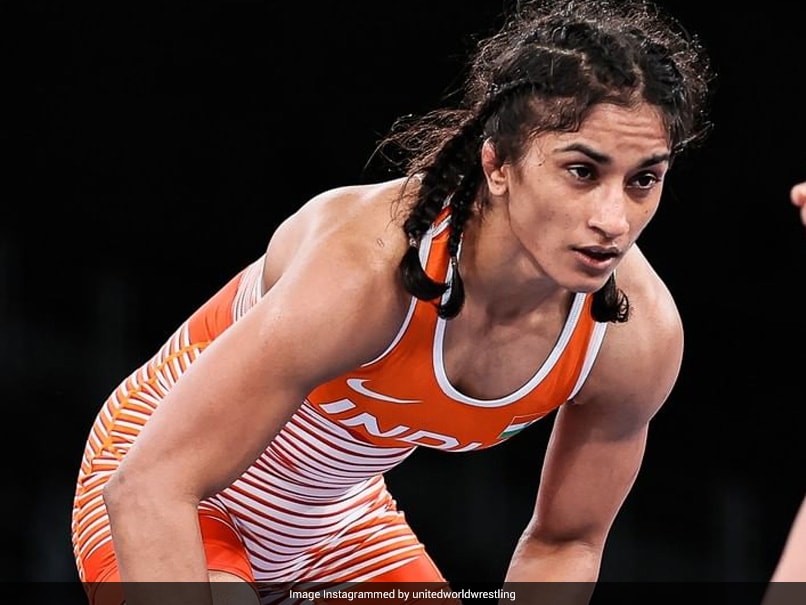 The Wrestling Federation of India (WFI) temporarily suspended star wrestler Vinesh Phogat for indiscipline during her Tokyo Olympics campaign. The federation has issued a notice to Vinesh on three counts and she has time until August 16 to reply to the notice. Vinesh, who crashed out of the Olympics after losing to Belarus' Vanesa Kaladzinskaya, did not stay at the Olympics village, refused to wear a wrestling singlet with the team sponsor's logo and competed in a singlet with a personal sponsor Nike's logo.

Before the start of her Olympics campaign, Vinesh had expressed displeasure at not being allowed a physiotherapist to accompany her and other athletes to the Games. "Is it a crime to ask for one Physiotherapist for four women wrestlers when there are instances of one athlete having multiple coaches/ Staff?" Vinesh had tweeted last month.

Vinesh, who had travelled to Tokyo from Hungary, also "created a ruckus" when she was was allotted a room near the rooms of her India teammates Sonam Malik, Anshu Malik and Seema Bisla, said news agency PTI.

Phogat argued that she might contract COVID-19 as these wrestlers had travelled to Tokyo from India.

Vinesh was one of India's medal contenders at the Games but suffered a shock defeat at the hands of Belarus' Kaladzinskaya.

Sonam Malik was also issued a notice for misconduct, reported PTI. She returned without a medal from her maiden Olympic Games.

Comments
Topics mentioned in this article
Olympics 2020 Vinesh Phogat Olympics
Get the latest updates on T20 World Cup, check out the T20 World Cup Schedule and Live Score . Like us on Facebook or follow us on Twitter for more sports updates. You can also download the NDTV Cricket app for Android or iOS.