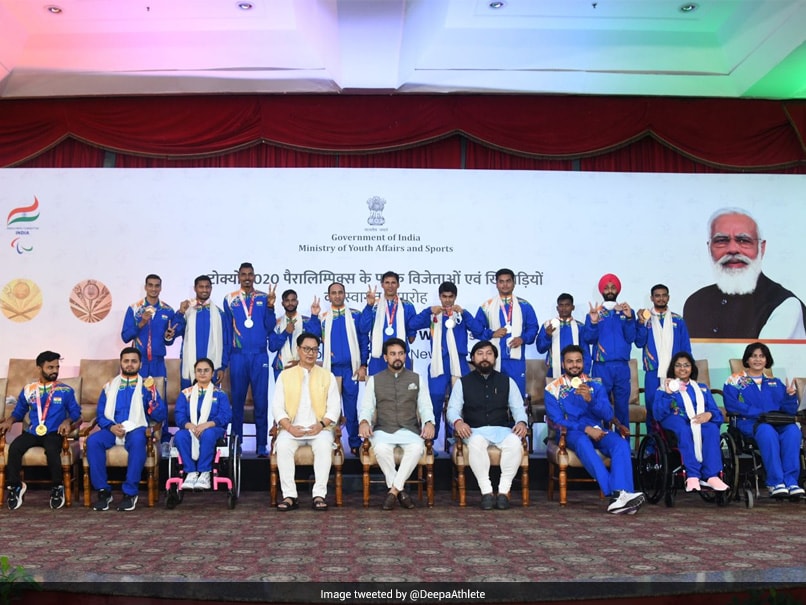 Arhan Bagati, Indian contingent's Deputy Chef de Mission (CDM) at the recently concluded Tokyo Paralympics, on Thursday said it was an amazing campaign for the country at the Games as the athletes put in their best to bag 19 medals. "It was an amazing campaign for us, we came back with 19 medals. We broke several records and some created world records so it was an exceptional campaign for us. I am sure that we will come back with more medals in the upcoming championships. SAI, PCI, and Prime Minister Narendra Modi showed a lot of support towards us and this has raised awareness as well," Arhan told ANI.

Talking about the difficulties faced by para-athletes at the Games Village, Arhan said: "They had to give saliva samples daily, they were not able to interact with anybody. They used to train separately but still, we were able to come back with 19 medals. From 1968 to 2016, we had just won 12 medals but in Tokyo, we won 19 medals."

Prime Minister Narendra Modi on Thursday met the Indian contingent. PM Modi was seen personally interacting with each member of the contingent and he wished them luck for the future.

Since making its first appearance at the Paralympics in 1968, India had won 12 medals in total till the 2016 Rio edition. The country has now massively improved upon that entire number at the Tokyo Paralympics.

Out of a total of 162 nations, India has finished 24th in the overall medal tally, while its accomplishment of 19 medals is ranked 20th based on the number of medals.

Comments
Topics mentioned in this article
Olympics 2020 Olympics India
Get the latest updates on IPL Auction 2023 and check out  IPL 2023 and Live Cricket Score. Like us on Facebook or follow us on Twitter for more sports updates. You can also download the NDTV Cricket app for Android or iOS.