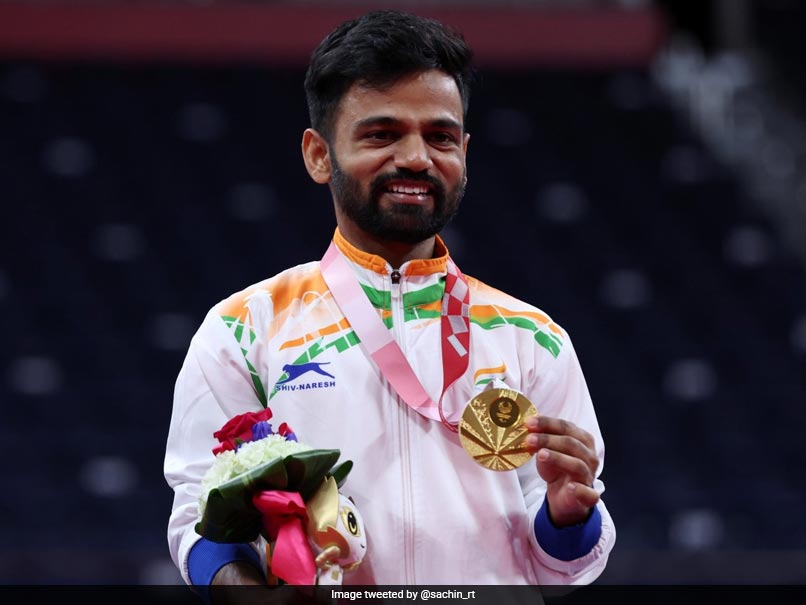 Having won India's second gold medal in badminton at the Tokyo Paralympics, Krishna Nagar dedicated his winning performance to his parents. The para-shuttler defeated Hong Kong's Chu Man Kai in the final of men's badminton singles SH6 event on Sunday. Maintaining his calm and composure, Krishna sealed a 21-17, 16-21, 21-17 win in the final that lasted a total of 43 minutes. Speaking to NDTV after his victory, he said, "I want to dedicate this medal to my father and mother."

"Want to dedicate my medal to my parents": Krishna Nagar (@Krishnanagar99) on winning the #Gold medal in #Badminton at the #Paralympics. pic.twitter.com/dM9gE0w8W4

The 22-year-old also told NDTV that his dream of winning a gold medal at the Paralympics has been fulfilled.

"Every player has a dream to win a medal at the Paralympics. My dream has been fulfilled and I am so happy with this," he said.

The para-shuttler had to be at his absolute best in the final against Man Kai, who levelled the match in the second game.

Nagar had won the first game 21-17 but his Hong Kong opponent came back strongly to level the match by winning the second game 21-16.

In the third and final game, Nagar changed his strategy to a more aggressive one, going on to win 21-17.

"I was put under pressure but when I began to change my game, the positivity came back. Then in between I started attacking, so my game changed a little bit after that and I got a lead. The game was in my hand," he said, when asked about his opponent.

The gold medallist was also asked about his favourite badminton player, to which he replied, "I will go with Lin Dan."

Nagar's gold is also India's fifth at the Tokyo Paralympics and second in badminton after Pramod Bhagat clinched the top prize in the SL3 event on Saturday.

Comments
Topics mentioned in this article
Badminton Olympics 2020 Olympics India
Get the latest updates on T20 World Cup, check out the T20 World Cup Schedule and Live Score . Like us on Facebook or follow us on Twitter for more sports updates. You can also download the NDTV Cricket app for Android or iOS.