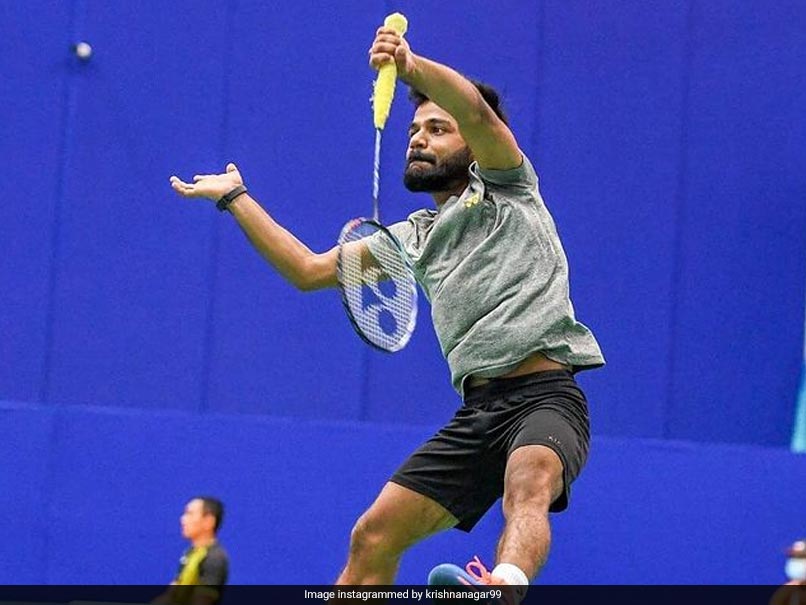 Krishna Nagar gave India it's fifth gold medal at the Tokyo Paralympic Games with a hard-fought win over Hong Kong's Chu Man Kai in the final of the men's singles (SH6) event on Sunday. This was the second gold medal for India in badminton in Tokyo after Pramod Bhagat won the men's singles title in the SL3 event on Saturday. Krishna Nagar produced yet another fine showing to win the final 21-17, 16-21, 21-17 in a match lasting a total of 43 minutes.

Having blown away Great Britain's Krysten Coombs in the semi-finals, the second-seeded Indian went into the final as the hot favourite.

However, Krishna Nagar didn't have it all his way in the final against his opponent from Hong Kong.

He started the first game on the front foot but Chu Man Kai was always close behind and the Hong Kong shuttler went into the mid-game interval holding a slender lead.

With Nagar making too many unenforced errors, Chu Man Kai soon opened a 16-11 lead. But the Indian came storming back and made it 15-16, only trailing by a point.

Nagar lost just one more point in the first game as he trailed 15-17. From then on in, he won six points in a row to leave his opponent shell-shocked and take the first game 21-17.

The second game was quite similar to the first with Chu Man Kai holding the advantage, leading 11-7 in the mid-break interval.

He made it 17-13 and this time there was no comeback from the Indian as the Hong Kong shuttler won the second game quite convincingly to send the final into a decider.

Krishna Nagar came out all guns blazing in the third and final game and sped to a 5-1 lead. Chu Man Kai managed to cut the Indian's lead down to two points but at the mid-game interval, Krishna Nagar held a 11-7 advantage.

Leading 13-8, Krishna Nagar had a comfortable lead and it seemed he would win the decider at a canter but Chu Man Kai had other ideas.

The Hong Kong shuttler made a fine comeback and drew level at 13-13. With Nagar holding a slender one point lead at 17-16, it was still anyone's game but the Indian once again upped the ante when it was most needed to open up a 20-16 lead.

Chu Man Kai won one more point but Krishna Nagar made sure there was no late fightback to secure the gold for India.

Comments
Topics mentioned in this article
Badminton India Olympics 2020
Get the latest updates on ICC Women's Cricket World Cup 2022 and IPL 2022, check out the Schedule , Live Score and IPL Points Table. Like us on Facebook or follow us on Twitter for more sports updates. You can also download the NDTV Cricket app for Android or iOS.