Tokyo Olympics: Shooter Elavenil Valarivan A Prospect For A Medal At The Tokyo Games?

Tokyo Olympics: Elavenil Valarivan will be hoping to repeat her heroics from the Delhi Shooting World Cup in the upcoming Tokyo Olympics. 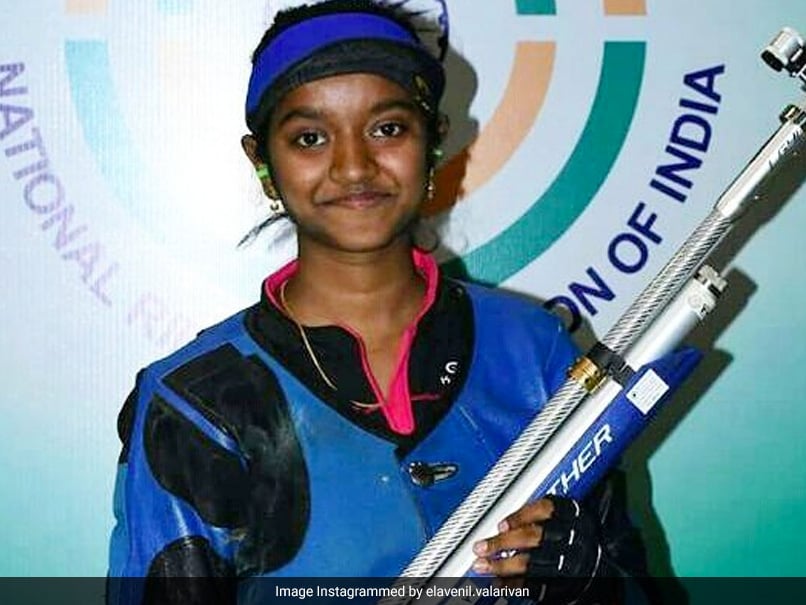 Currently the World No.1 in the Women's 10m air rifle category, Elavenil Valarivanwill be hoping to prove her potential by winning a medal in the upcoming Tokyo Games. The 21-year-old was recently recommended for the prestigious Arjuna Award by The National Rifle Association of India (NRAI). Born in Tamil Nadu, the ace shooter is also considered by many to be one of India's best medal prospects in the shooting contingent for the Olympics. The youngster is part of a team, which consists of the likes of Manu Bhaker and Saurabh Chaudhary.

Valarivan is the only shooter in the Indian shooting team for the Olympics to get the slot without winning a quota. She received it after it was won by Anjum Moudgil in the event. It is worth noting that an Olympic quota is not won by an individual, but rather by a country.

Valarivan hit the limelight, when she won three gold medals at two different ISSF Junior World Cups in 2018. She also won another junior World Cup gold medal in 2019, which once again proved her talent.

Other than her Junior World Cup medals in 2018, she also won bronze in the Asian Championships that year, at Kuwait City.

Once again showing that she is on par with the older experienced shooters in this country, Valarivan also won two Shooting World Cup gold medals. The first one came in 2019, when she won the final at Putian, China. She also put in a talismanic display at the Delhi World Cup in 2021, with a gold medal in her event.

The Tamil Nadu native also won a bronze medal in the World Championships in 2018, at Changwon, South Korea. In the upcoming Olympics (which begins from July 23), Valarivan will be hoping to win a gold and create history, considering India has only collected a total of four medals in the sport at the Olympics.

Comments
Topics mentioned in this article
Elavenil Valarivan Shooting Olympics 2020 India
Get the latest updates on Fifa Worldcup 2022 and check out  Fifa World Cup Schedule, Stats and Live Cricket Score. Like us on Facebook or follow us on Twitter for more sports updates. You can also download the NDTV Cricket app for Android or iOS.