Tokyo Olympics: Indian shooters Aishwary Pratap Singh Tomar and Sanjeev Rajput failed to qualify for the medal event after they finished at the 21st and 32nd spot respectively in the men's 50m Rifle 3 Positions. 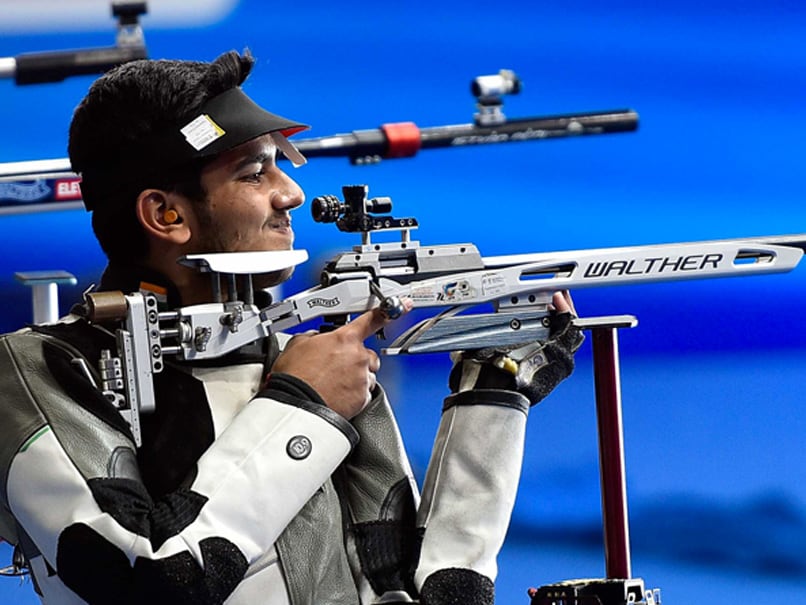 India's ace shooters Aishwary Pratap Singh Tomar and Sanjeev Rajput failed to qualify for the medal event after finishing 21st and 32nd respectively in the men's 50m Rifle 3 Positions at the Asaka Shooting Range on Monday. Aishwary Pratap Singh Tomar amassed 1167 (63x) points at an average of 9.725 after shooting 120 shots on the target in three positions while compatriot Sanjeev Rajput gathered 1157 (55x) in the qualifications which in the end was just not good enough to make it to the top-8 players' final. Russian Olympic Committee's (ROC) Sergey Kamenskiy topped the qualification with 1183 (78x) points. China's Changhong Zhang also scored 1183 points but with 67x that landed him on the second.

In the first position of the qualification event -- Kneeling -- Aishwary Pratap Singh Tomar got off to a flying start after he aimed 99 and 100 in the first two series.

He proceeded with a good 98 and again a perfect 100. Meanwhile, veteran Sanjeev Rajput aimed 96 and a 99 in the first two series and followed it with a decent 95 and 97.

During the prone position series, Aishwary again enjoyed a good start with a 98 and a 99 in the first two series.

The 20-year-old surprisingly didn't land any perfect score in prone as he finished the position with two consecutive 97s which instantly landed him out of the top-15.

Sanjeev improved massively in prone as he aimed 97, a perfect 100, and two consecutive 98s as he continued to stay outside of the top-20.

Pratap was unable to carry the momentum into the standing position round where he opened with a below-average score of 95. He improved it by a 96 but then dropped a very poor 93 in third.

Aishwary finished with a decent 95 but till then it was just too late for the Indian shooter to gain any ground.

For 40-year-old Sanjeev, he failed to replicate the success of the previous round in standing position as he scored 94, 93, 95, and 95 and dropped outside of top-30 in the 39 players' field.

Comments
Topics mentioned in this article
Olympics 2020 Olympics India Shooting
Get the latest updates on IPL 2021, check out the IPL 2021 Schedule and Indian Premier League Live Score . Like us on Facebook or follow us on Twitter for more sports updates. You can also download the NDTV Cricket app for Android or iOS.