Tokyo Olympics: Indian shooter Manu Bhaker said that she will continue to shoot in three events, including the 25m despite enduring a hat-trick of heartbreaks in her maiden Olympics. 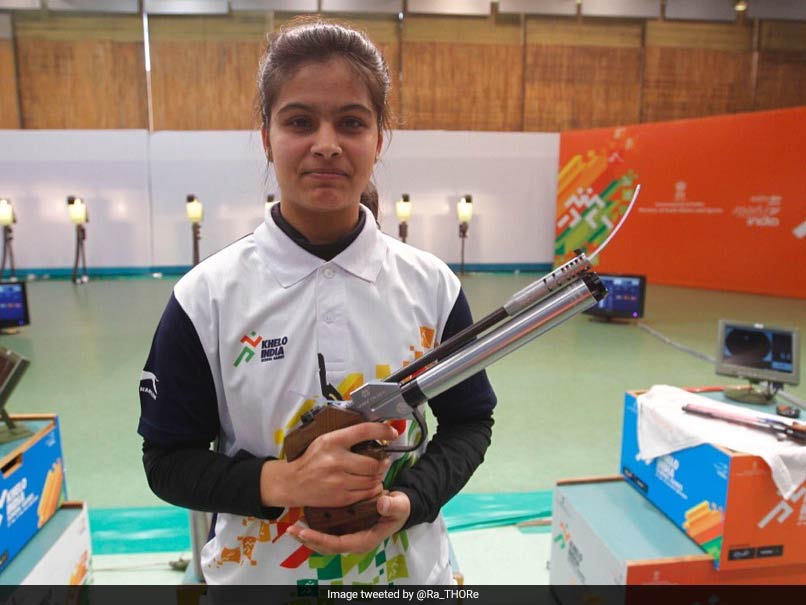 Tokyo Olympics: Shooter Manu Bhaker suffered a weapon malfunction during one of her events.© Twitter

Seeking to steer away from "negativity", Indian pistol ace Manu Bhaker says she will continue to shoot in three events, including the 25m, vowing to make a strong comeback after enduring a hat-trick of heartbreaks in her maiden Olympics. Speaking to PTI after arriving from Tokyo, the 19-year-old Manu said there was negativity around her shooting and preparations in the run-up to the Olympics, due to the conflict with former coach Jaspal Rana, who had insisted that she withdraws from the 25m pistol event. "I will continue to shoot in 25m event," Manu said as she readied to leave the Indira Gandhi International Airport on Saturday.

While the controversy and the negativity around her dispute with Rana did have an impact on her performance, wanting to win medals at all cost made it worse, the Youth Olympics and Commonwealth Games gold medallist said.

Besides being "leg pulled", Manu said she was regularly told to "withdraw" from 25m as she was not "up to the mark" in that event.

Manu had earned her Tokyo quota during the ISSF World Cup in Munich.

Among other things, there were technical problems which "were not addressed" by the former coach.
She also made it clear that she did not send any message to Rana during the ISSF World Cup in Delhi in March this year, saying that it was sent by her mother who was "getting worried" about her daughter.

The message Rana received was, "Ab to mil gayee na tassalli" (now you must be content) after Manu settled for a bronze when she was expected to win a gold medal.

Rana paraded at the Karni Singh shooting ranges with the message imprinted on the back of his white T-shirt, forcing the National Rifle Association of India (NRAI) to intervene.

Given the circumstances, the shooter said the NRAI and its president Raninder Singh did all they could to arrive at the best possible solution as the Games approached, including bringing in former India shooter Ronak Pandit as her coach.

"The NRAI was looking for the best solution available to the whole problem, to all the problems, and they also took us into confidence," she said.

On the brighter side, Manu said she has come back with plenty of learnings from her first appearance at the Olympics.

"I definitely gained a lot of experience. Got lot of warmth from people, from my teammates. It will, hopefully, help me in future to prepare and perform. I am young and have a long career ahead. I tried my best this time," Manu, a multiple World Cup gold medallist, said.

Manu also said that she will be better prepared to handle tricky situations in the future.

One of India's biggest hopes at the Tokyo Olympics, Manu could not come back with what she had dreamed of, failing to reach the finals in her three events, the first of which was marred by a major weapon malfunction.

As the country's shooters continued to belie expectations with their disappointing show in Tokyo, the head of the sport's national governing body promised a major revamp in coaching and support staff.

"Definitely the performances have not been on expected lines and I have spoken of an overhaul of coaching and support staff," National Rifle Association of India (NRAI) president Raninder Singh said as the shooters continued to fail at the Akasa Range.

Comments
Topics mentioned in this article
Olympics 2020 Olympics India Manu Bhaker Shooting
Get the latest updates on India vs Australia and check out  Schedule, Results and Live Score. Like us on Facebook or follow us on Twitter for more sports updates. You can also download the NDTV Cricket app for Android or iOS.