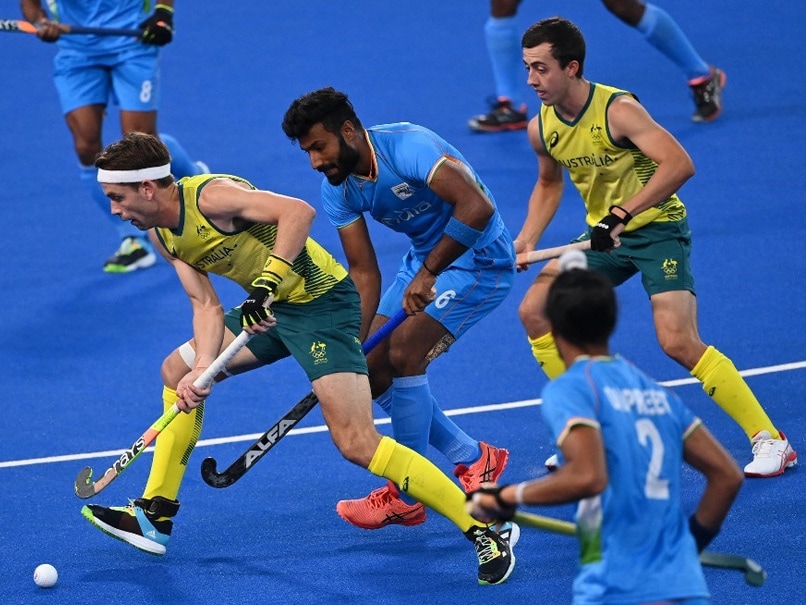 Tokyo Olympics Hockey Match Highlights: India were no match for Australia in their Pool A game.© AFP

India crashed to a 1-7 defeat against Australia in their Men's Hockey Pool A match, at the ongoing Tokyo Olympics on Sunday. Dilpreet Singh scored the consolation for India, with Tim Brand, Joshua Beltz, Daniel James Beale, Flynn Andrew Ogilvie, Jeremy Thomas Hayward scoring a goal each for Australia. Blake Govers scored a brace for the winners. Both teams won their opening games and will be looking to consolidate their position on top of their group with a win at the Oi Hockey Stadium. India beat New Zealand 3-2 in a closely contested encounter on Saturday.

Comments
Topics mentioned in this article
Live Blogs Olympics 2020 India Australia Olympics
Get the latest updates on ICC T20 Worldcup 2022, check out the Schedule and Live Score . Like us on Facebook or follow us on Twitter for more sports updates. You can also download the NDTV Cricket app for Android or iOS.