Rubel Hossain has asked for his fans' forgiveness after leaking 22 runs in the 19th over to help India claw back chasing 167. 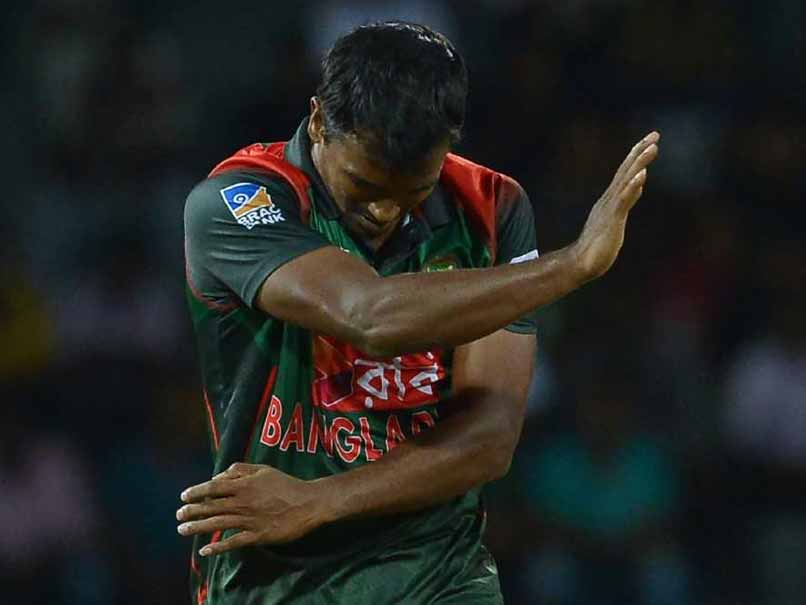 Bangladesh pacer Rubel Hossain has asked for his fans' forgiveness after leaking 22 runs in the 19th over to help India claw back chasing 167 and win the final of the Nidahas Trophy Twenty20 International (T20I) tri-series on Sunday. "I am feeling terrible after the defeat. I never thought I would be the reason for Bangladesh's defeat. We were so close to winning in the final but because of me, we lost. I want to apologize to the fans and ask for forgiveness," Rubel was quoted as saying by Bangladesh's leading newspaper Prothom Alo. Wicketkeeper batsman Dinesh Karthik (29 runs off eight balls) played a brilliant cameo towards the end, hitting a six off the last ball to win the final for India, who chased down Bangladesh's 166/8. Karthik came into bat with scoreboard reading 133/5 at the end of 18 overs. He announced his arrival at the crease by smoking two sixes and a four off first three balls from Rubel. In the next three deliveries, Karthik accumulated six runs which left India needing 12 off the last over.

The drama further unfolded when India needed five runs in the last ball. Karthik slammed a flat six over extra cover off Soumya Sarkar to clinch the issue.

"To be honest he did not miss much of the plan when he bowled. I don't know if there are many batsmen who can come and hit a six off the first ball, the next for a four and then again a six," Shakib was quoted as saying by The Daily Star.

Comments
Topics mentioned in this article
Bangladesh Cricket Team Rubel Hossain Nidahas T20 Tri-Series Cricket
Get the latest updates on India vs Australia Series, check out the India vs Australia Schedule for 2020-21 and Ind vs Aus live score . Like us on Facebook or follow us on Twitter for more sports updates. You can also download the NDTV Cricket app for Android or iOS.