Rohit Sharma and Shikhar Dhawan notched up their 14th 100-run partnership during the 2nd ODI. Sachin Tendulkar and Virender Sehwag had made 13. 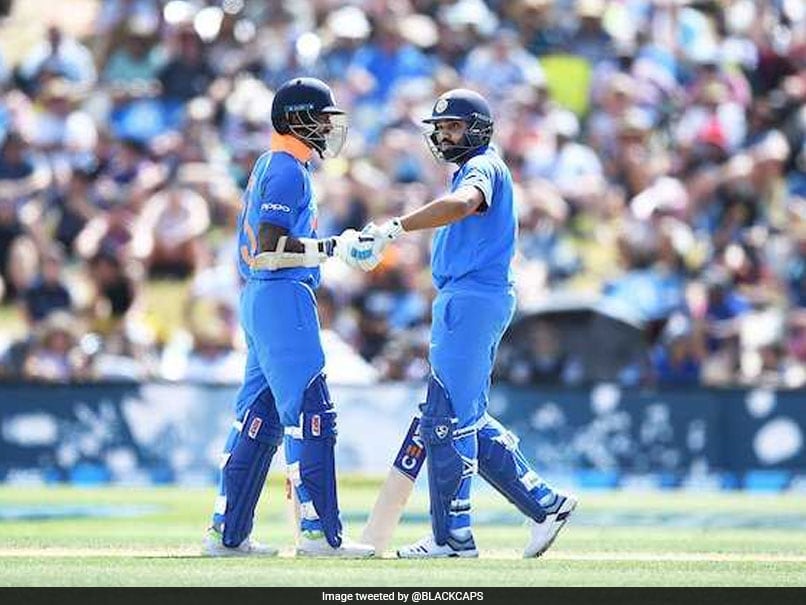 Rohit Sharma andShikhar Dhawan are setting New Zealand on fire. With their 154-run opening partnership for India during the 2nd One-day International in Mount Maunganui, the batting duo went past the iconic Sachin Tendulkar-Virender Sehwag. Rohit Sharma and Shikhar Dhawan notched up their 14th century stand, whereas Sachin Tendulkar and Virender Sehwag had 13 to their name. Giving India a perfect start, both the openers walked back to the pavillion. Sharma scored a 96-ball 87 and Dhawan notched up a quickfire 67-ball 66. Indian captain Virat Kohli had departed after scoring a 45-ball 43.

While the tourists remain unchanged, the kiwis have made a couple of changes in their playing eleven as Ish Sodhi and Colin de Grandhomme replace Michael Santner and Tim Southee, respectively.

At present, India leads the series 1-0.

India clinched the firstODI by eight wickets, after chasing a revised 156-run target in Napier. After the second ODI, India and New Zealand will face each other in the third one, which will also be held in Mount Maunganui.

Virender Sehwag New Zealand vs India Cricket New Zealand vs India, 2nd ODI
Get the latest updates on ICC T20 Worldcup 2022 and CWG 2022 check out the Schedule, Live Score and Medals Tally. Like us on Facebook or follow us on Twitter for more sports updates. You can also download the NDTV Cricket app for Android or iOS.