Krunal Pandya felt that India's defeat was "a combination of both poor bowling and some great batting by the Black Caps". 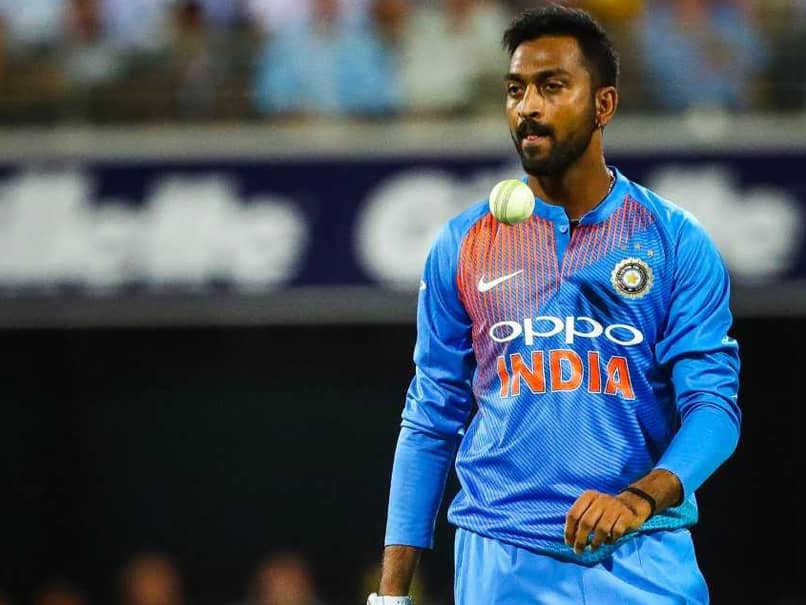 Krunal Pandya contributed with 20 runs and a wicket but India lost the first T20 International to New Zealand by 80 runs at Westpac Stadium on Wednesday. All-rounder Krunal Pandya claimed that it was "scoreboard pressure" that troubled India while chasing 220 runs in Wellington. "When you are chasing 218 (220), it's not that easy. Initially, we gave away (too many) runs and kept on leaking runs in the middle overs as well. So no matter how the pitch was, the scoreboard pressure was obviously there," Krunal said at the post-match media conference.

"In the Powerplay as well as in the middle overs also, we gave away plenty of runs," the Baroda all-rounder added.

Krunal felt that India's defeat was "a combination of both poor bowling and some great batting by the Black Caps".

"They batted really well and we bowled a few loose deliveries as well. So it was a combination of both."

A couple of catches were dropped including one by wicketkeeper MS Dhoni, when Man of the match Tim Seifert hadn't scored much. Seifert went on to smash 84 off 43 balls with seven fours and six sixes. Dinesh Karthik also dropped a sitter in the deep.

When asked if wind and cold conditions posed a problem while fielding, Krunal replied: "No not that much. It was fine. In fact, it was good weather to play. As far as the wind is concerned, it wasn't difficult to catch the ball so I guess it was absolutely fine."

"Dropping catches is a part and parcel of the game. One day you might take a blinder like Siraj and then another day two catches (Dhoni and Karthik) get dropped as well. It's just that you have to learn from every game," he said.

New Zealand's Tim Southee was the pick of the bowlers with figures of 3 for 17 and Pandya lauded his efforts. "I did play against him (recently) in an India A game when we came for the A tour. I always knew that he was a good player but today he proved why," he praised the senior pacer.

However Krunal ruled out the possibility that some of the players hadn't faced Southee earlier and had problems.

"Everyone knows how he bowls. It's just that on the given day, he was better."

He seemed confident that the team will make a comeback in the next game at Auckland.

"We have all the required ingredients of a good team. Batting depth, multiple bowling options. Just that it was one of the bad days. We have to now rectify ourselves and not repeat the same mistakes in the next game," he concluded.