It's Good That Lot Of Guys Are Competing For One All-Rounder's Slot: Kedar Jadhav

With Hardik Pandya back in the mix after the CoA lifted his suspension, the Baroda all-rounder will be competing with Tamil Nadu's Vijay Shankar. 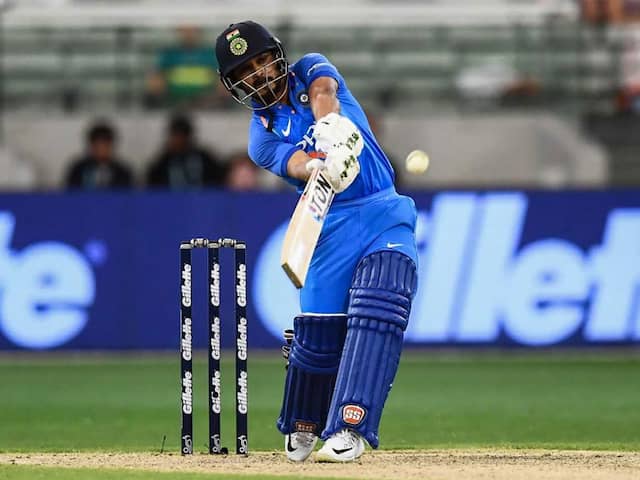 Kedar Jadhav scored 22 off 10 balls and took a wicket in India's 90-run win in the second ODI.© AFP

Kedar Jadhav is happy that there is a "healthy competition" in the Indian team for the all-rounder's slot which is up for grabs going into the 2019 World Cup in England. With Hardik Pandya back in the mix after the CoA lifted his suspension, the Baroda all-rounder will be competing with Tamil Nadu's Vijay Shankar. Jadhav, who is a spinner-all-rounder is also very much in contention for a permanent playing XI slot during World Cup. "It is a good thing for any team that more guys are competing for one spot. So every time any guy gets an opportunity, he will know that he needs to perform," said Jadhav, who scored 22 off 10 balls and also took a wicket in India's 90-run win in the second ODI against New Zealand.

Jadhav said Mahendra Singh Dhoni shoulders bulk of the responsibility when it comes to scoring runs during the middle and final overs. "It helps when especially if Mahi bhai is there till the last ball. All his experience and the power in his game, it helps players like us to just work around him and he takes most of the strike and scores most of the runs." Jadhav said that 324 was a par-score on this track after the openers provided a good start.

"We wanted to bat first and it started off well. The kind of top-order batting we have, there will be 90 per cent times when we will get a good start," Jadhav opined. "So for most of us, batting at Nos 5 or 6, we don't get to bat, because our top batsmen are too strong and they have been doing bulk of scoring in the last 4-5 years. So it's good that we batted first."

He was all praise for Shikhar Dhawan and Rohit Sharma, who had yet another hundred plus opening partnership. "Shikhar and Rohit have shown class and consistency in the last few years. We had a good (opening) partnership of 150 odd and had enough experience to take the score past 300." Wrist spinners Kuldeep Yadav and Yuzvendra Chahal have now accounted for 12 out of the 20 New Zealand wickets after the completion of first two games.

"Kuldeep and Chahal are our key assets in middle overs and as a team, we back them totally. Most of the teams find it difficult to score against them and eventually if we put runs on the board, then teams have to take risk against them and that works for us," said Jadhav.