New Zealand have included Colin de Grandhomme, Tom Latham and Mitchell Santner in their squad for the first three ODIs against India. 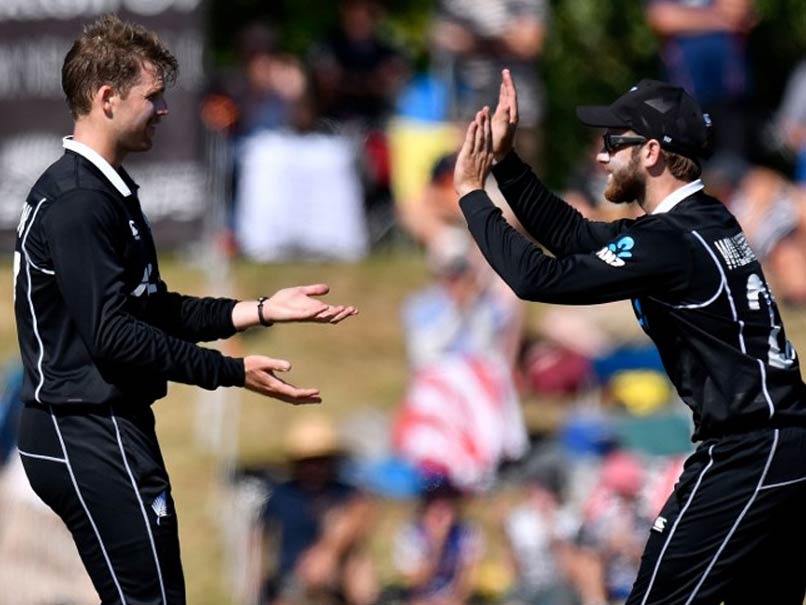 New Zealand have brought together their strongest possible line-up.© AFP

New Zealand have brought together their strongest possible line-up for the one-day international (ODI) series against India starting in Napier on Wednesday. Tom Latham and Colin de Grandhomme, who were rested during the 3-0 sweep against Sri Lanka, were named in a 14-man squad for the first three games of the five-match series. Captain Kane Williamson and bowling spearhead Trent Boult, who sat out the Twenty20 against Sri Lanka last Friday, are back in the squad as is Mitchell Santner who made the T20 after being sidelined by injury for 10 months.

India and New Zealand are ranked second and third in the world, and coach Gary Stead said the composition of the squad reflected World Cup planning while also giving themselves the best possible chance of winning the series against Virat Kohli's tourists.

"Our two main priorities have been to select and prepare a squad capable of winning what is shaping as a massive series against India, and gathering as much information as possible ahead of the World Cup," Stead said.

"Tom and Colin are experienced players in this format and will offer quality in their respective roles."

New Zealand Cricket Team New Zealand vs India Cricket New Zealand vs India, 1st ODI
Get the latest updates on IND vs NZ 2021, check out the Schedule and Live Score . Like us on Facebook or follow us on Twitter for more sports updates. You can also download the NDTV Cricket app for Android or iOS.