Bengal Warriors were brushed aside 30-39 by Dabang Delhi in an inter-zonal challenge match in Pune. 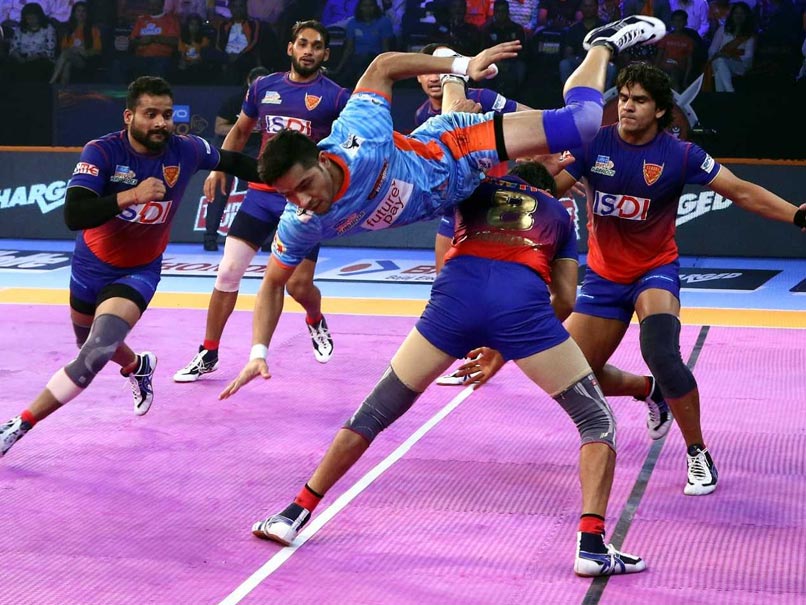 Bengal Warriors tasted their first defeat in the ongoing edition of Pro Kabaddi League after being brushed aside 30-39 by Dabang Delhi in an inter-zonal challenge match in Pune on Sunday.

Delhi's Chandran Ranjit, who picked seven points in the match, made a super raid in the 24th minute to collect six crucial points for his side, which was the game changing moment for both the sides.

Apart from Ranjit, Naveen Kumar collected 11 points for Delhi, Bengal's Jang Kun Lee, who failed to perform in the first half with just two points, gained momentum in the second half, picking a total of 10 points.

Both teams were level at 2-2in the first couple of minutes. Naveen and Ranjit scored a raid point each for Delhi as once again the scores were tied at 4-4 three minutes later.

In the 12th minute, Delhi inflicted an all out to lead 12-9. Chandran and Naveen collected one point each to stretch Delhi's lead to 14-10.

Jang, who was silent for most part of thefirst half, came with a two-point raid to cut the deficit to three points as Delhi led 16-13 at halfway mark.

In the second half, Delhi continued to dominate as it rode on Chandran's super raid in the 24th minute to inflict an all out, taking a massive 25-15 lead.

While Bengal's raider failed in picking up the points, Naveen and Chandran continued to collect raiding points beside some tackling points helped Delhi take a huge 34-23 lead in the 34th minute.

Jang collected some crucial raid points in the last few minutes however, it was too late for Bengal as they trailed 27-39 in the dying moments. Ran Singh picked couple of points to cut Bengal's deficit to nine point when the final whistle was blown.