In the first game, the turning point came during the 29th minute when an All Out by Delhi's Chandran Ranjit as he entered the lobby, completely pushed the momentum towards his team. 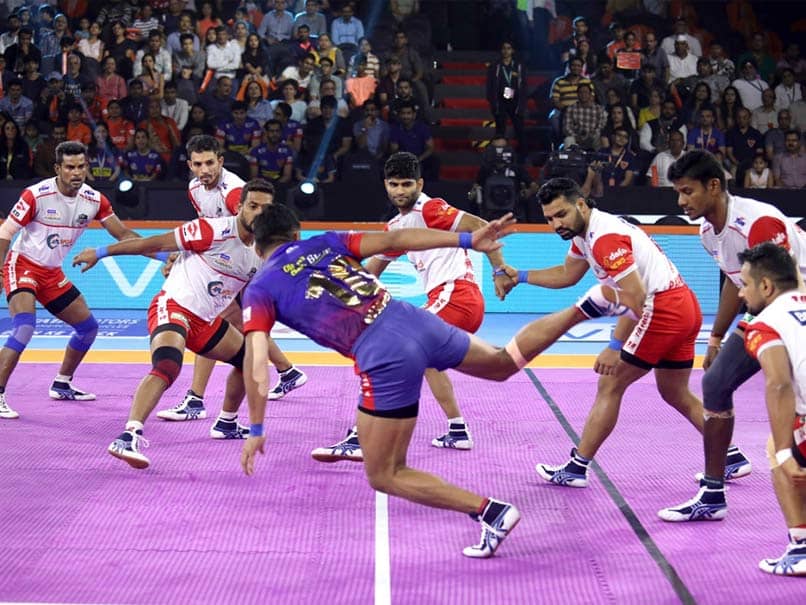 Dabang Delhi eased past Haryana Steelers 41-21 in the Pro Kabaddi League (PKL) 7 at NSCI Indoor Stadium in Mumbai while in the second match Bengaluru Bulls beat U Mumba by 30-26. In the first game, the turning point came during the 29th minute when an All Out by Delhi's Chandran Ranjit as he entered the lobby, completely pushed the momentum towards his team. Though they won the match, Delhi took the fight till the last minute as Haryana stepped on the mat post a strong performance against Puneri Paltan who they defeated in the previous match.

Delhi's Naveen Kumar and Chandran Ranjit came to the party with Super 10s.

Ranjit was under-performing before this match but in the first raid, he proved that he was in the league for business when he got a bonus point against Haryana captain Dharmaraj Cheralathan with a toe touch.

Narwal made a tight defence and got a crucial Super Tackle on Naveen to make the score 11-8 in the 14th minute. Ranjit's good performance in the raid was only matched by Naveen from Haryana who got 4 raid points in the first half until Naveen Kumar put his mark on the match with a strong turnaround in the Do-Or-Die raid in the 18th minute in which he got rid of Cheralathan and Vikas Kale.

Ravinder Pahal continued to have a lacklustre game in the first half with four unsuccessful tackles.

The first half ended with Delhi leading 15-10.

While the first half was up for grabs for both the teams, Delhi took the game completely under their control in the second half, dominating Haryana on all fronts.

Naveen Kumar reached his 200th raid point in the 23rd minute's Do-or-Die raid where he got rid of Kuldeep Singh and Vikram Kandola to make the score read 18-10. Ghaffari also entered the match with a punch against the raiders of Haryana with his defence.

But it was Ranjit's 29th minute raid which completely placed the match in Delhi's hand where he got an All Out against Haryana.

Delhi got rid of the last man standing in the subsequent Haryana raid which took the score to 33-16 when Vishal Mane blocked Naveen. A Super 10 by Naveen Kumar and Ranjit is what completely hit the last nail on the match for Haryana who let Ranjit just stroll through their half.