IPL 2021: Virat Kohli Gives Harpreet Brar A Pat On The Back After PBKS Spinner's Match-Winning Spell vs RCB. Watch 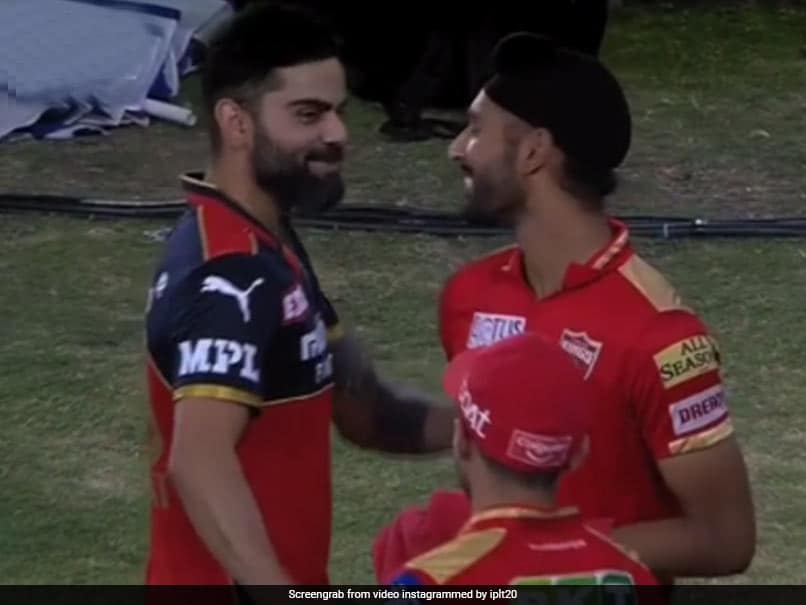 Harpreet Brar became the talk of the townafter his match-winning spell helped Punjab Kings beat Royal Challengers Bangalore (RCB) in the ongoing Indian Premier League(IPL) 2021 by 34 runs on Friday. Brar picked up three wickets in his four-over spell as he dismissed RCB skipper Virat Kohli, Glenn Maxwell and AB de Villiers in Ahmedabad. After the match, IPL's official handle posted a video where Virat Kohli was seen giving the young left-arm spinner a pat on the back after his superb spell.

Brar cleaned up Kohli to pick up his first wicket in IPL. The left-arm spinner then beat the defence of Glenn Maxwell and castled him on the very next delivery.

In his next over, Brar got de Villiers to hit one straight into the hands of KL Rahul at short extra cover. He finished with figures of three for 19.

In the match, after being sent in to bat by RCB, Punjab Kings posted a competitive total of 179 for five from their allotted 20 overs.

Punjab Kings' skipper KL Rahul was brilliant with the bat as he played an unbeaten knock of 91. He got support from Chris Gayle who smashed 46 runs off just 24 deliveries.

A late cameo from Brar, who finished the innings with a six off Harshal Patel, shifted the momentum in Punjab Kings' favour.

Virat Kohli Harpreet Brar IPL 2021 Cricket
Get the latest updates on ICC T20 Worldcup 2022, check out the Schedule and Live Score. Like us on Facebook or follow us on Twitter for more sports updates. You can also download the NDTV Cricket app for Android or iOS.