Valentine's Day 2021: Mumbai Indians shared a post featuring some of their players and their respective partners on Valentine's Day. 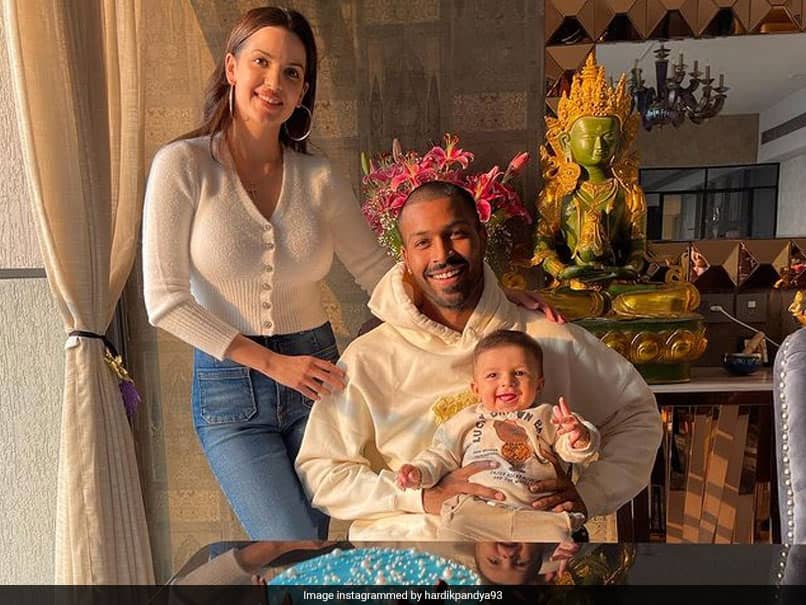 Hardik Pandya along with Natasa Stankovic and their son Agastya.© Instagram

Five-time Indian Premier League (IPL) champions Mumbai Indians (MI) on Sunday took to social media to wish fans as well as their players on the occasion of Valentine's Day. MI shared a series of pictures of their players along with their respective partners on the special day. The collection included Hardik Pandya and Natasa Stankovic, along with their son Agastya. All-rounder Kieron Pollard and his wife also feature. Some of the other players whose pictures were shared by Mumbai Indians include Rahul Chahar, Trent Boult, Chris Lynn, Saurabh Tiwary and Aditya Tare -- all with their loved ones.

"Bromance, friendships and self-love. Celebrating every kind of love this Valentine's Day with this one of a kind RCB album," they wrote.

On Saturday, as Rohit Sharma hit a century on Day 1 of the second Test between India and England in Chennai, the defending IPL champions found a Valentine's Day connection in their captain's brilliant knock.

Rohit hit his seventh Test century as his wife Ritika Sajdeh watched from the stands at the MA Chidambaram Stadium.

Mumbai Indians took to Twitter to unveil an interesting connection between some of Rohit's key knocks and Ritika's presence in the stadium, especially on or around special occasions for the couple.

Mumbai Indians in 2020 won a record-extending 5th Indian Premier League title, beating Delhi Capitals in the final in the United Arab Emirates. They will be looking to reinforce their side on February 18 in the auction ahead of the 2021 IPL season.