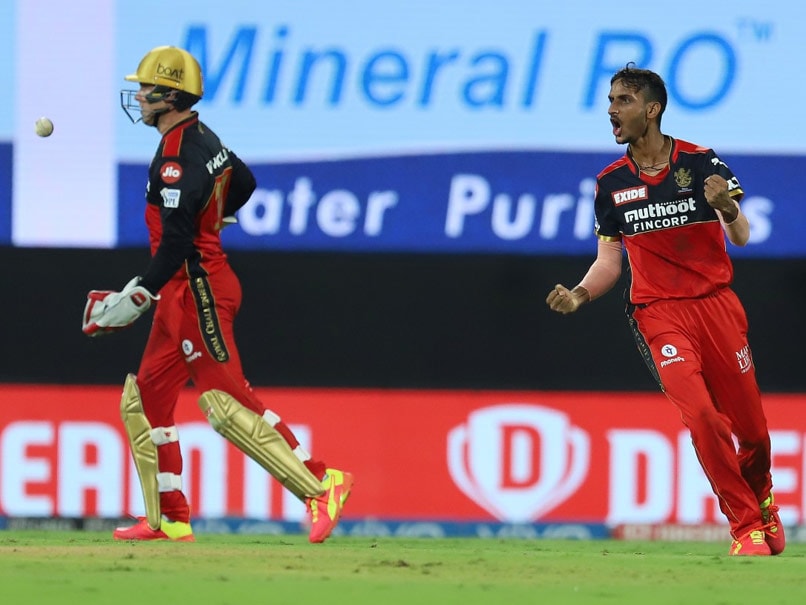 SRH vs RCB: Shahbaz Ahmed took three wickets in one over to turn the match around.© BCCI/IPL

Royal Challengers Bangalore (RCB) bowlers shocked SunRisers Hyderabad (SRH) to register an epic comeback in the last over of their Indian Premier League (IPL) 2021 game. SRH, who were well placed at 77/1 at the end of 10 overs failed to get going when it mattered the most. Shahbaz Nadeem and Harshal Patel's brilliance in the death overs made a huge difference as SRH failed to score run-a-ball in the last five overs in the game. For RCB, Ahmed bowled a spectacular 17th over in which he claimed the wickets of Jonny Bairstow, Manish Pandey and Abdul Samad to break SRH's backbone. Post that, the batting side never recovered and succumbed to a six-run defeat in their chase of 150 runs.

Rashid Khan IPL 2021 Cricket Sunrisers Hyderabad vs Royal Challengers Bangalore, Match 6 Live Score Live Cricket Score Live Blogs
Get the latest updates on Fifa Worldcup 2022 and check out  Fifa World Cup Schedule, Stats and Live Cricket Score. Like us on Facebook or follow us on Twitter for more sports updates. You can also download the NDTV Cricket app for Android or iOS.