SRH vs DC, IPL 2021: SunRisers Hyderabad Players To Watch Out For

SRH vs DC, IPL 2021: SunRisers Hyderabad (SRH) will look to build on their win against Punjab Kings (PBKS) in their last game through convincing performances from their key players against Delhi Capitals (DC). 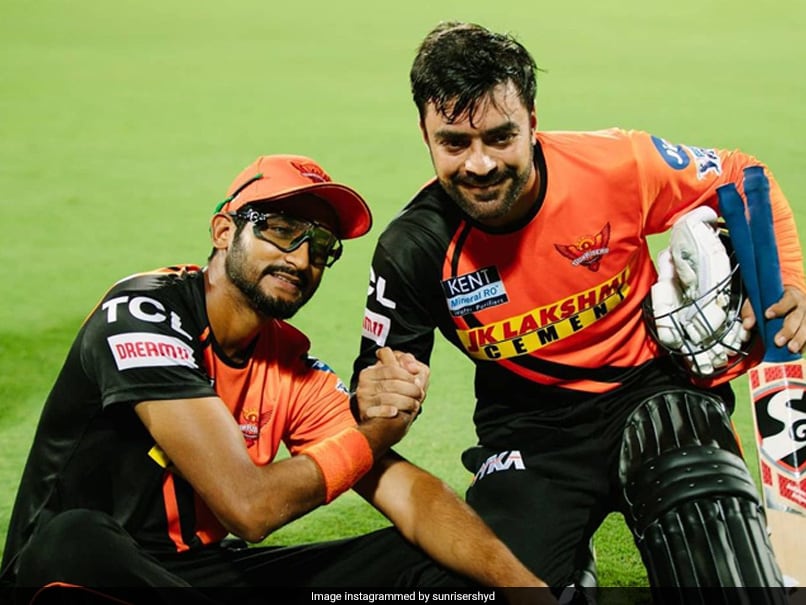 The 20th Match of the Indian Premier League (IPL) will feature the 2016 champions SunRisers Hyderabad (SRH) and last year's runners-up Delhi Capitals (DC) at the MA Chidambaram Stadium in Chennai on April 25. Languishing at the seventh spot on the points table, SRH have only registered one victory in four games so far. Their lone win came in their last game against Punjab Kings (PBKS), whom they beat by nine wickets. After struggling to find the right balance in their final XI in the past few matches, SRH bowlers stood up to the test and assured captain David Warnerof a low total to chase. Jonny Bairstow and Kane Williamson finished the job responsibly to take the team over the finish line.

Here are the SunRisers Hyderabad (SRH) players to watch out for:

Rashid Khan: The Afghanistan leg-spinner has claimed five wickets in four matches for SRH this season at an astounding economy of 5.06 runs per over. Rashid is yet to win a convert his good figures into match-winning ones for SRH, but the pressure he creates from one end has helped SRH exercise some authority as far as spin bowling is concerned. Apart from his bowling, Rashid also has the ability to strike the ball ruthlessly in the death overs and accumulate crucial runs.

Jonny Bairstow:The wicket-keeper batsman showed glimpses of his best touch when he smashed an unbeaten 63 runs off 56 balls and took his team to victory against PBKS. Bairstow, who took the IPL by storm in 2019 with 445 runs in 10 matches, has been one of the few positives for SRH in this season. He has scored 173 runs in four games. His partnership with David Warner was on show against PBKS as both added 73 runs for the first wicket in 10 overs.

Khaleel Ahmed: The left-arm pacer was the highlight of SRH's win in the last game as he claimed three wickets for just 21 runs in his four overs, breaking the backbone of the PBKS side. The tall pacer, who has represented India in the limited-overs formats before, was used intelligently by Warner as he went on to claim the prized wickets of Mayank Agarwal, Shahrukh Khan and Fabian Allen. Khaleel regaining his form bodes well for team SRH.

Manish Pandey: One of the most reliable middle-order players in the team, Pandey started the competition in fine fashion with an unbeaten innings of 61 runs in SRH's first game against KKR. However, he found his going tough in the following games, scoring just 40 runs in the next two matches. One of the most experienced players in the format, Pandey is expected to bring back his fine form against DC if he is picked in the playing XI.

Manish Pandey IPL 2021 Cricket Sunrisers Hyderabad vs Delhi Capitals, Match 20
Get the latest updates on ICC Women's Cricket World Cup 2022 and IPL 2022, check out the Schedule , Live Score and IPL Points Table. Like us on Facebook or follow us on Twitter for more sports updates. You can also download the NDTV Cricket app for Android or iOS.