Shreyas Iyer To Miss IPL 2021 Due To Shoulder Injury

Shreyas Iyer has been ruled out of IPL 2021 with a shoulder injury suffered during the first ODI between India and England. 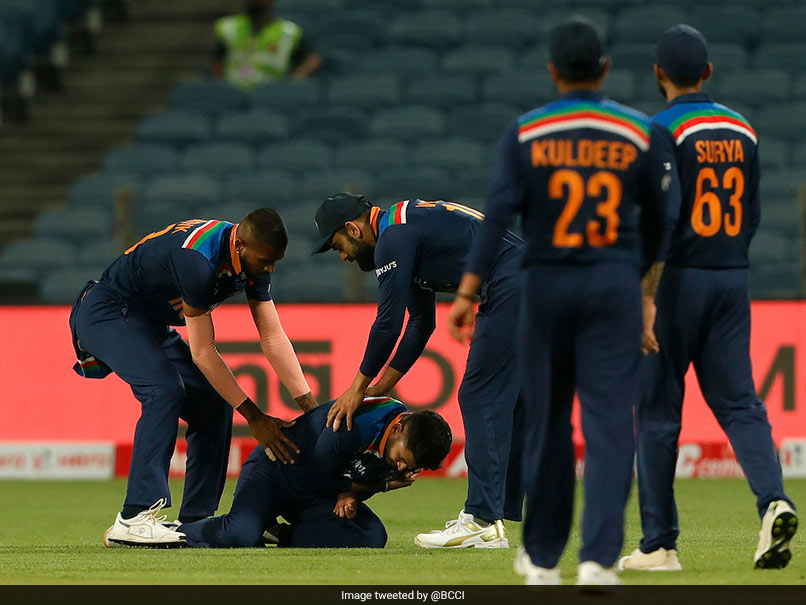 Delhi Capitals captain Shreyas Iyer will miss the 2021 season of the Indian Premier League (IPL) due to a shoulder injury he picked up in the first ODI between India and England in Pune on Tuesday. Iyer had suffered subluxation of his left shoulder while fielding in the opening ODI against England and had been taken for scans. On Wednesday, he was ruled out of the remainder of the series and on Thursday it was confirmed that he will miss the entirety of IPL 2021 as well. Delhi Capitals chairman Parth Jindal tweeted that he was "absolutely devastated" for Iyer and wished him a speedy recovery.

Absolutely devastated and gutted for our skipper @ShreyasIyer15 - stay strong captain - hope for a very quick recovery. Have full faith that you will come back even stronger from this. India needs you in the T20 World Cup. @DelhiCapitals @BCCI

"Absolutely devastated and gutted for our skipper @ShreyasIyer15 - stay strong captain - hope for a very quick recovery," Jindal wrote in his tweet. "Have full faith that you will come back even stronger from this. India needs you in the T20 World Cup."

It's a big blow for the Capitals, as they lost the captain who led them to their maiden IPL final last year.

Iyer was in fine form during the preceding T20I series between India and England, despite being pushed down the order. Iyer scored one half-century and played a quickfire knock of 37 off 18.

IPL 2021 kicks off on April 9, with defending champions Mumbai Indians taking on Royal Challengers Bangalore in Chennai. Delhi Capitals will play their first game against Chennai Super Kings in Mumbai a day later.

England Cricket Team India vs England 2020-21 Cricket
Get the latest updates on India vs South Africa and check out  Schedule, Results and Live Score. Like us on Facebook or follow us on Twitter for more sports updates. You can also download the NDTV Cricket app for Android or iOS.