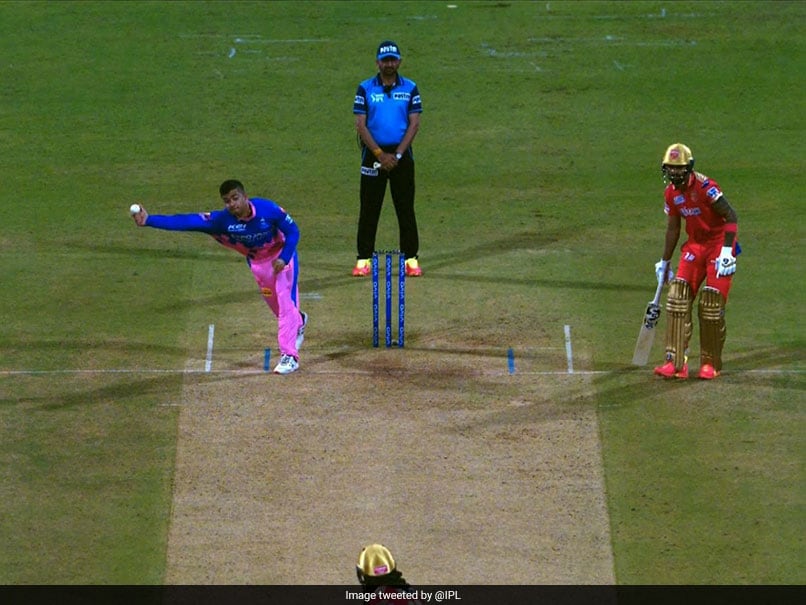 Riyan Parag bowled a ball with a low trajectory against Punjab Kings on Monday.© Twitter

That is right-arm perpendicular. What name can you think of for this unique action? #RRvPBKS #VIVOIPL pic.twitter.com/lTYuL6Xl4r

Fans came up with amusing response to Parag's tactic which he used against Gayle.

Riyan Parag is the first bowler to give himself a no ball. #PBKSvsRR pic.twitter.com/hUeutAXPJP

"Riyan Parag is the first bowler to give himself a no ball," a fan said.

Riyan Parag comes to bowl took a wicket of Gayle while dancing.#RRvPBKS pic.twitter.com/RYsPtdBHhl

"Riyan Parag comes to bowl took a wicket of Gayle while dancing," another user said.

In the match, Parag eventually accounted for Chris Gayle's wicket as the West Indies big-hitter hit one in the deep to Ben Stokes, who completed a fine catch.

Parag bowled just one over in the match and gave away just seven runs while picking up the big wicket of Gayle.