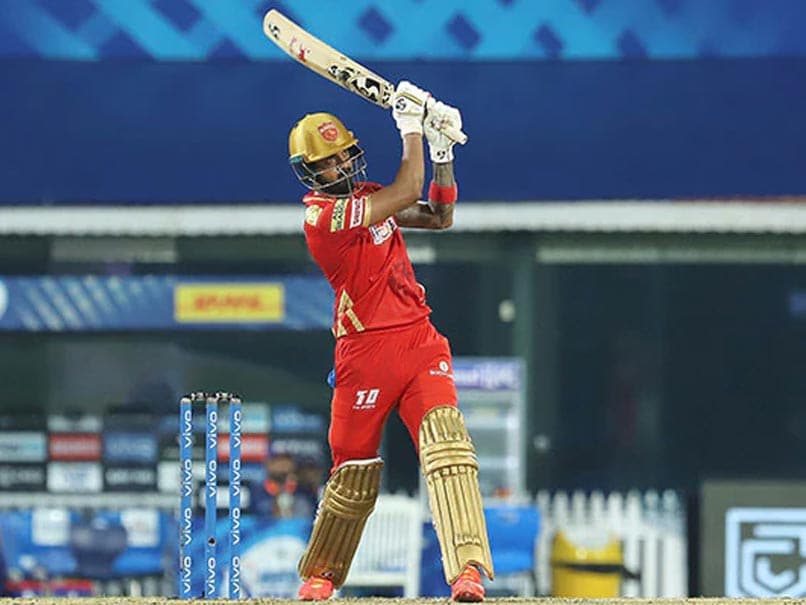 KL Rahul is the leading run-scorer in the ongoing IPL 2021.© BCCI/IPL

Punjab Kingscaptain KL Rahul was diagnosed with acute appendicitis and has been transferred to a hospital, the franchise said in a statement on Sunday. KL Rahulcomplained of severe abdomen pain on Saturday and after not responding to medications he was taken to the emergency room. "KL Rahul complained of a severe abdomen pain last night and after not responding to medication, he was taken to the emergency room for further tests which revealed that he was diagnosed with acute appendicitis. It will be resolved surgically and for safety measures he has been transferred to the hospital for the same," PBKS said in a statement.

Punjab Kings are set to face Delhi Capitals in an Indian Premier League (IPL) 2021 match in Ahmedabad later in the day. With KL Rahul out of the match, Mayank Agarwal, who missed the last game, will lead the side in his absence against the Delhi Capitals.

Chris Gayle had led the side for a brief period when KL Rahul went off the field in their last encounter against Royal Challengers Bangalore.

It will be a massive setback for the Punjab-based franchise as KL Rahul was not only leading the side but he is also the leading run-scorer in the tournament.

KL Rahul leads the Orange Cap race with 331 runs from seven matches. He has scored four half-centuries with a best score of 91 not out that came against RCB on Friday.

Punjab Kings, sitting in the bottom half of the IPL 2021 points table, have won three matches this season so far and lost four. They are fifth on the table behind Mumbai Indians, who have four wins from seven games.

KL Rahul IPL 2021 Cricket
Get the latest updates on ICC T20 Worldcup 2022 and CWG 2022 check out the Schedule, Live Score and Medals Tally. Like us on Facebook or follow us on Twitter for more sports updates. You can also download the NDTV Cricket app for Android or iOS.