"Should Have Been Chasing 160": Virat Kohli Says RCB Gave Away Too Many Runs vs Punjab Kings

IPL 2021: Virat Kohli said Royal Challengers Bangalore let Punjab Kings score "25 too much" in Ahmedabad after his team slumped to a 34-run defeat. 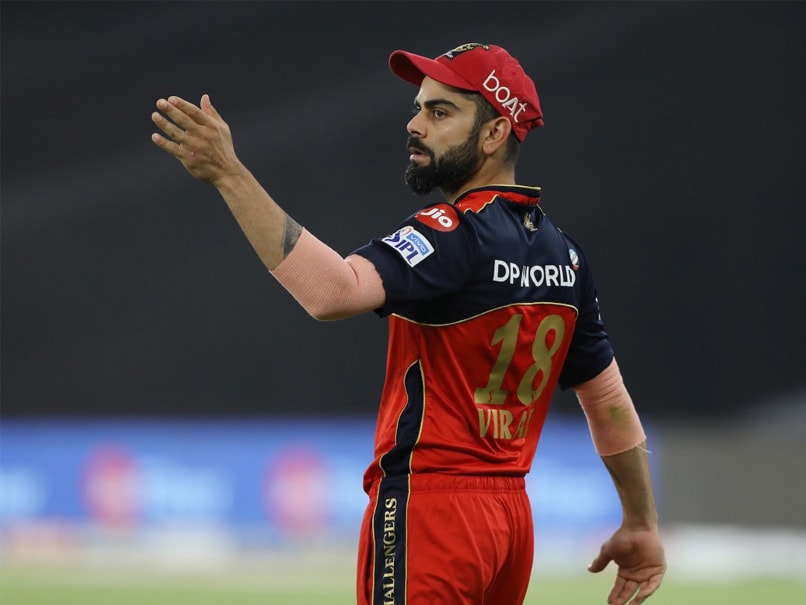 Royal Challengers Bangalore (RCB) skipper Virat Kohli admitted that they allowed KL Rahul-led side to get over the par score in the final over of Punjab Kings' innings in Ahmedabad at the Narendra Modi Stadium on Friday evening. Chris Gayle and Rahul fired with the bat before Harpreet Brar and Ravi Bishnoi picked three and two wickets each to help Punjab Kings register a thumping 34-run win over RCB. In the last four overs, Punjab Kings scored 53 runs with 22 coming in the final six balls as Rahul and Harpreet Brar ensured the side finished the innings on a high.

"They got off to a decent start and we pulled things back decently. Probably gave away 25 too much at the end, should have been chasing 160. Had a chat around executing our plans, which we did, but at the end we strayed away," Kohli told host broadcaster Star Sports after the match.

Chris Gayle had blasted five fours in six balls before KL Rahul changed gears in the death overs to steer Punjab Kings to 179/5. In reply, RCB was only able to score 145/8, thanks to a brilliant bowling performance from Harpreet and Bishnoi.

"With the bat, we never got the momentum, they bowled well, to be honest. Just kept the pressure going. But as batsmen as well we could have tried more things at the start. It was tough to hit through the line," said Kohli.

"It was about making a partnership and making sure you're there to keep getting the boundaries, bat at a strike rate of at least 110. We didn't manage to do that," he added.

Harpreet picked three key wickets for Punjab Kings as he dismissed Virat Kohli, Glenn Maxwell, and AB de Villiers after shining with the bat. The side collapsed from 62/1 to 69/4 and lost a flurry of wickets at the back end of their innings.

"We understand the areas where we lost momentum. The composition of our team is such that someone like Rajat, if you see the last game, controlled the game for us. We give him that freedom and sometimes it doesn't work out," said Kohli.

"Maxi and AB at 4 and 5 have worked well for us, when there's a partnership early, one of them will come off. Didn't work today but Rajat's a quality player. A bit of a positive at the end, pulled things back nicely. Harshal and Jamo (Kyle Jamieson) struck a few at the end. A loss off 60-65 would've hurt more," he added.

RCB is now at the third spot with 10 points and will next face off against Kolkata Knight Riders (KKR) on Monday.

Chris Gayle Punjab Kings vs Royal Challengers Bangalore, Match 26 Cricket
Get the latest updates on IPL Auction 2023 and check out  IPL 2023 and Live Cricket Score. Like us on Facebook or follow us on Twitter for more sports updates. You can also download the NDTV Cricket app for Android or iOS.