PBKS vs RCB, IPL 2021: Punjab Kings Players To Watch Out

PBKS vs RCB, IPL 2021: Punjab Kings find themselves in the unhappy half of the IPL 2021 Points Table and will need to get their act together double quick if they don't want to see the leaders, including their next rivals Royal Challengers Bangalore, disappear. 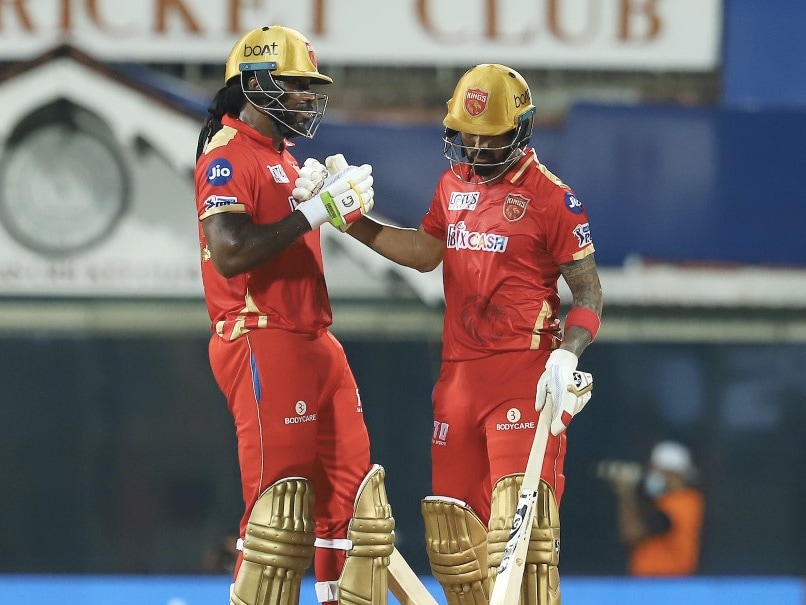 Punjab Kings, with two wins out of six games, are on 6th position of the IPL 2021 Points Table, a place which can be retrieved yet, but would need some superhuman effort from all concerned and in every department of the game. Their next rivals Royal Challengers Bangalore are no pushovers and that would add real spice to the challengers PBKS face. They need to come good with their batting and bowling and some of their key players need to deliver and continuer delivering.

Here are some of the keys to success for PBKS:

Skipper KL Rahul is by far the most technically sound batsman in the PBKS line-up and his duration at the crease is sometimes frustrating for the side.

Rahul has so far scored 241 runs and has three half-centuries in IPL 2021, putting him at the 4th place on the Orange Cap list. He will need more such innings for PBKS' sake.

Like him or not, there is no question that Gayle can change matches almost at will. His determination to do well for PBKS is pretty evident in his batting and also in his fielding nowadays.

However, his trump card is his determination, and that, blessed with his hand-eye coordination have given him 119 runs from six matches. He can change any game, all by himself.

Young Arshdeep Singh is among several left-arm seamers who have plied their trade in IPL 2021 with quite a bit of success so far. With the pace attack largely dependent on right-armers, Arshdeep provides crucial variety and he has matched up with the rest of the attack so far.

With seven wickets from six games, Arshdeep is right up there with the rest of the PBKS attack and has the potential to further. While the last game against Kolkata Knight Riders was an unhappy one for the entire side, Arshdeep and the rest need to forget that and look ahead.

Chris Gayle Arshdeep Singh IPL 2021 Punjab Kings vs Royal Challengers Bangalore, Match 26 Cricket
Get the latest updates on India vs South Africa and check out  Schedule, Results and Live Score. Like us on Facebook or follow us on Twitter for more sports updates. You can also download the NDTV Cricket app for Android or iOS.