IPL 2021: Rohit Sharma joined the likes of Virat Kohli, MS Dhoni and Gautam Gambhir with 4000-plus runs in T20s as captain and now sits at the fourth spot on the scorers' list in the IPL. 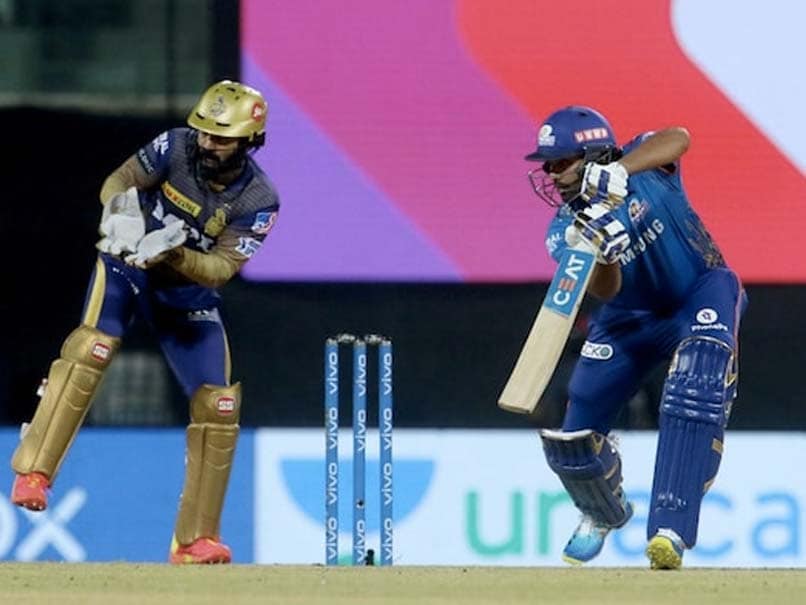 Rohit Sharma rallied his side to a win against KKR and SRH after losing the first match against RCB.© BCCI/IPL

Mumbai Indians (MI) skipper Rohit Sharma, on Saturday added another feather to his highly illustrious cap as he completed 4000 runs in T20s as captain. The right-handed batsman achieved the feat against SunRisers Hyderabad (SRH) at the MA Chidambaram Stadium in Chennai during his 32-run knock. He joined the likes of Virat Kohli, MS Dhoni and Gautam Gambhir with 4000-plus runs in T20s as captain. Rohit sits on the fourth spot on the list of highest scorers in the IPL.

Rohit also surpassed Dhoni to record the most sixes in the IPL by an Indian batsman. He pulled a short ball from Bhuvneshwar Kumar for a six over deep mid-wicket.

Rohit has now smashed 217 sixes in the IPL while former India skipper Dhoni has 216 maximums under his belt.

Rohit first whacked a six in the third over and pulled a short one in the next over to achieve the milestone. The right-handed batsman also smashed two fours before he was dismissed by SRH's Vijay Shankar in the seventh over.

In the ongoing IPL Rohit has scored 94 runs in three matches at a strike-rate of 130.55 while averaging 31.33, with his highest being 43 runs against Kolkata Knight Riders (KKR).

MI, who defeated SRH by 13 runs on Saturday, will next take on Delhi Capitals (DC) at the MA Chidambaram Stadium in Chennai on Tuesday.

Rohit Sharma IPL 2021 Cricket
Get the latest updates on ICC T20 Worldcup 2022 and CWG 2022 check out the Schedule, Live Score and Medals Tally. Like us on Facebook or follow us on Twitter for more sports updates. You can also download the NDTV Cricket app for Android or iOS.