Royal Challengers Bangalore would look to get their mojo back when they face struggling Kolkata Knight Riders who need a complete overhaul for their IPL revival on Monday. 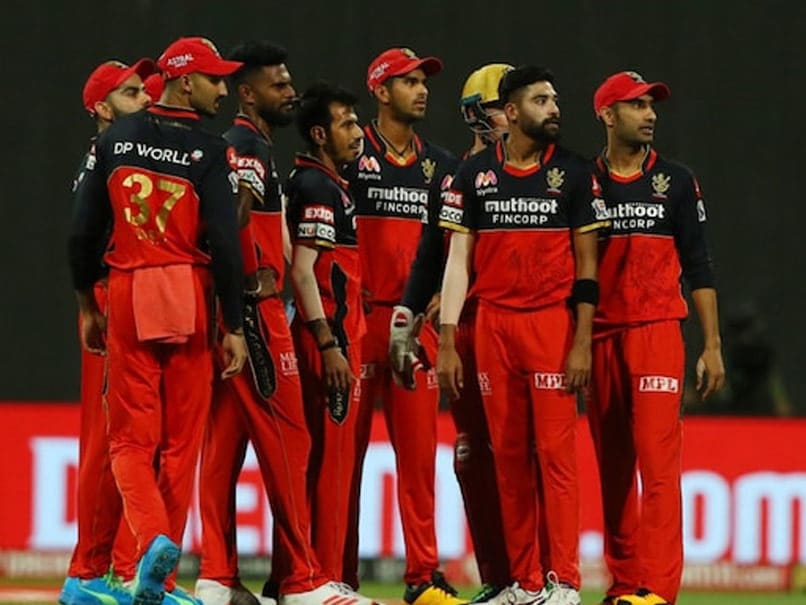 KKR vs RCB: Virat Kohli's RCB will look to get back to winning ways as they face KKR.© BCCI/IPL

Star-studded Royal Challengers Bangalore would look to get their mojo back when they face struggling Kolkata Knight Riders who need a complete overhaul for their IPL revival on Monday. From leading the table with four wins on the trot, the Virat Kohli-led team has slipped to third spot at the halfway stage after suffering two defeats from their last three matches. In fact, RCB would have lost three in a row if pacer Mohammed Siraj had not defended 14 runs in the final over against Delhi Capitals' explosive duo of Rishabh Pant and Shimron Hetmyer.

The onus would be on their famed batting lineup of Kohli, AB de Villiers and Glenn Maxwell to start firing once again and put pressure on the KKR batsmen.

Talented opener Devdutt Padikkal would also be keen to get back among runs as he has not clicked after his unbeaten 101 against Rajasthan Royals.

Having started the season with much promise under Eoin Morgan, KKR so far have failed to inspire, suffering five defeats in seven matches.

They are at the sixth spot in the eight-team table, staring at early elimination for a third season in a row.

The biggest letdown for KKR this season has been their top-order batting as the top three Shubman Gill, Nitish Rana, Rahul Tripathi have failed to give the team a decent start.

Supremely-talented Gill is struggling in the T20 scheme of things and has failed to convert his starts at the top, while the likes of Nitish Rana and Rahul Tripathi have been patchy.

Head coach Brendon McCullum had questioned their batsmen's "intent" after they posted a below-par 154/6 to go down to Delhi Capitals by seven wickets in their last match.

At the same stage, under Dinesh Karthik in IPL 2020 in UAE, the team had fared a shade better with four wins and three defeats, before he relinquished the captaincy to let English World Cup-winning skipper Morgan lead the side.

Given the current scenario, skipper Morgan needs to take some tough calls with regards to his top-order, something he has stuck to since match number one against Sunrisers Hyderabad this season.

It's a pity that KKR are yet to give an opportunity to new signing Karun Nair who has a strike rate of 155.49 and has two centuries as a T20 opener.

They also have uncapped talented batsman Venkatesh Iyer. The bowling on the other hand has impressed, especially the spin duo of Sunil Narine and Varun Chakravarthy.

Their eight overs against the likes of Kohli, De Villiers and Maxwell would be key as they look to avenge their first leg defeat.

Eoin Morgan IPL 2021 Cricket Kolkata Knight Riders vs Royal Challengers Bangalore, Match 30
Get the latest updates on SA vs IND 2021-22, check out the Schedule and Live Score . Like us on Facebook or follow us on Twitter for more sports updates. You can also download the NDTV Cricket app for Android or iOS.