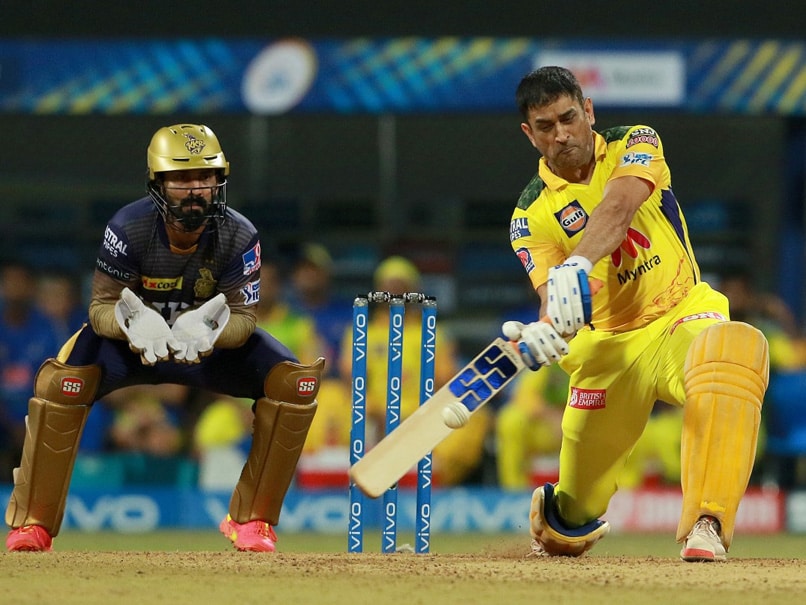 After Chennai Super Kings (CSK) scored 220/3, and followed it up by dismissing five Kolkata Knight Riders (KKR) batsmen in the Powerplay, MS Dhoni's team looked set for a comfortable win. But it was not to be so, as Andre Russell and Pat Cummins launched a magnificent counter-attack to almost grab victory for KKR. However, with some good bowling in the death, CSK won the match by 18 runs with five deliveries to spare. MS Dhoni, speaking after the match, said that the team had to stay humble, as they could not get complacent despite the big total on the scoreboard.

"It's important to be humble and give respect to the opposition. Every IPL team has big-hitters. I told them (his team-mates) we have good runs on the board, but we need to stay humble," Dhoni said.

Speaking about his tactics against Andre Russell, who smashed a 22-ball 54, he said "Only option was Jadeja because the ball was stopping and spinning."

However, it was Sam Curran who eventually dismissed the dangerous West Indies all-rounder, with a ball down the leg side that Russell tried to leave, but it crashed into his leg stump.

Asked if that was a planned dismissal, Dhoni responded in the negative.

While Faf du Plessis was CSK's best player with the bat, scoring an unbeaten 95, Ruturaj Gaikwad's return to form after a lukewarm start to the season will be a big positive for MS Dhoni.

"Rutu showed his class in the last IPL. We always need to assess where he is mentally. He doesn't seem rattled and he has the basics to make it big. What would've helped him is the last few games last year when he wasn't successful," Dhoni said.

Ruturaj Gaikwad scored 64 off 42 deliveries as he registered his first half-century of the season.

MS Dhoni Ruturaj Gaikwad Cricket
Get the latest updates on IND vs NZ 2021, check out the Schedule and Live Score . Like us on Facebook or follow us on Twitter for more sports updates. You can also download the NDTV Cricket app for Android or iOS.