IPL 2021: What must have been most heartening to see for the SRH fans and dugout would be the way captain Kane Williamson stayed unbeaten till the end and finished the match in the company of the young Abhishek Sharma. 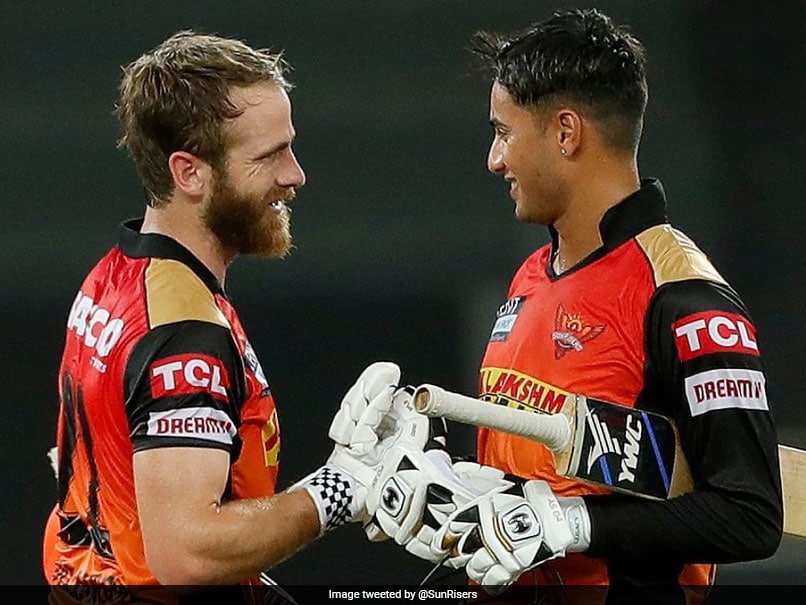 It might turn out to be a case of too little too late but SunRisers Hyderabad made a strong statement on Monday as they beat Rajasthan Royals in what was only their second win of the season. Opener Jason Roy, who played his first match for the franchise after waiting patiently on the sidelines, was the star of the match as he scored 60 runs off just 42 deliveries to power the chase of 165 runs.

What must have been most heartening to see for the SRH fans and dugout would be the way captain Kane Williamson stayed unbeaten till the end and finished the match in the company of young Abhishek Sharma.

The duo stitched together an unbeaten 48-run stand to take their team home. Williamson remained unbeaten on 51 while Sharma finished the match with his skipper with a 16-ball knock of 21 runs. Speaking about his time in the middle with Williamson, Abhishek Sharma revealed how the skipper gave him confidence to finish the match.

"I think it was a big opportunity for me. I was waiting for my chance and wanted to contribute for my team. Feels good that this is our first win in Dubai. Throughout my time in the nets I was planning to play an innings such as this and take my team to victory," Abhishek told host broadcaster Star Sports after the game ended.

"Williamson is a great captain. He kept giving me the confidence and kept telling me that I could finish this match on my own," he added.

SunRisers will next take on Chennai Super Kings (CSK) on Thursday in the IPL.

Kane Williamson Abhishek Sharma Cricket
Get the latest updates on IPL Auction 2023 and check out  IPL 2023 and Live Cricket Score. Like us on Facebook or follow us on Twitter for more sports updates. You can also download the NDTV Cricket app for Android or iOS.