IPL 2021: Sri Lanka Cricket (SLC) announced that permission was granted to Dushmantha Chameera and Wanindu Hasaranga to take part in the UAE leg of the competition. 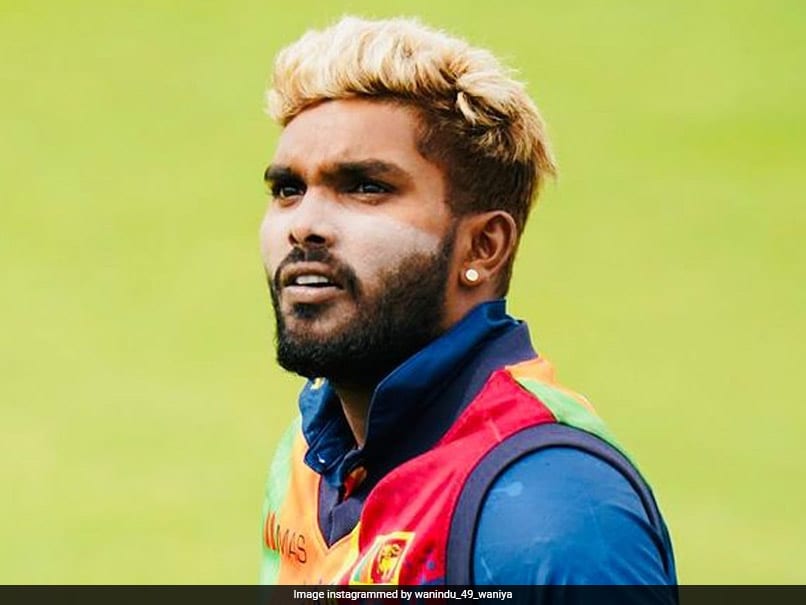 IPL 2021: Sri Lanka's Wanindu Hasaranga was roped in by RCB as replacement for Adam Zampa.© Instagram

Sri Lanka Cricket (SLC) on Sunday announced that permission has been granted to Dushmantha Chameera and Wanindu Hasaranga to take part in the Indian Premier League (IPL) 2021. Royal Challengers Bangalore (RCB) have roped in Sri Lanka's Hasaranga and Chameera as replacements for Adam Zampa and Daniel Sams respectively for the 14th edition of IPL. "The permission for the players was granted by the SLC in consultation with the Technical Advisory Committee," SLC said in a statement. "The 'No Objection Certificate' to the duo was issued for them to join the IPL teams starting from 15th September (following the completion of the South Africa Tour of Sri Lanka)," it added.

SLC said the two players will join the Sri Lanka squad on October 10 to play in the two warm-up games prior to the ICC men's T20 World Cup qualifiers.

The 14th season, which was postponed in May this year in the wake of the COVID-19 pandemic, will resume on September 19 in Dubai with a blockbuster clash between Chennai Super Kings and Mumbai Indians.

The action will shift to Abu Dhabi where Kolkata Knight Riders will square off against Royal Challengers Bangalore.

Royal Challengers Bangalore Wanindu Hasaranga Dushmantha Chameera IPL 2021 Cricket
Get the latest updates on SA vs IND 2021-22, check out the Schedule and Live Score . Like us on Facebook or follow us on Twitter for more sports updates. You can also download the NDTV Cricket app for Android or iOS.