SunRisers Hyderabad skipper Kane Williamson expects "some" good contributions from the players in different roles after the Indian Premier League resumes in UAE. 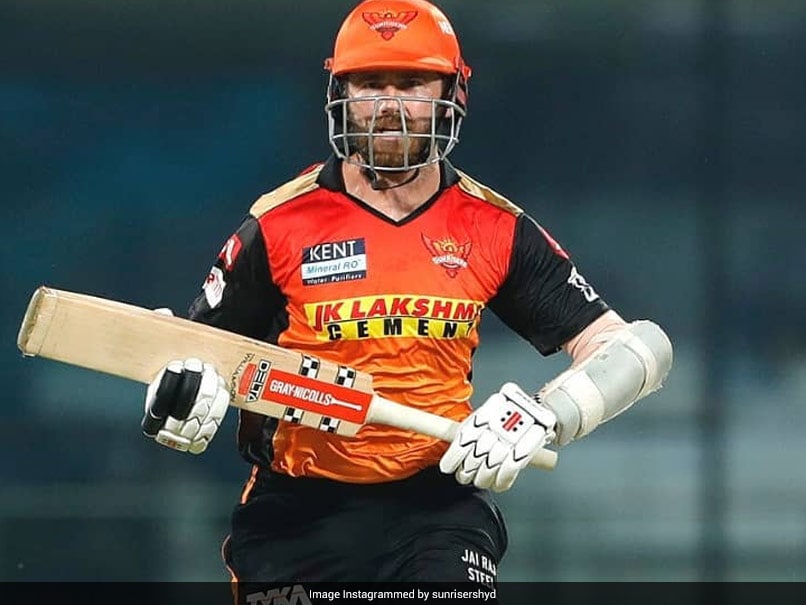 SunRisers Hyderabad skipper Kane Williamson has high hopes from his team in the remainder of IPL.© Instagram

SunRisers Hyderabad skipper Kane Williamson expects "some" good contributions from the players in different roles in the 14th edition of the Indian Premier League (IPL). "I suppose as individuals had all different set of expectations of what they wanted to do. And it was nice to spend some time in the middle. We saw a lot of really good contributions (in practice match) from a number of guys in different roles which is good to see," Williamson said in a video posted by SRH on Twitter.

And some impressive performances by the young guns were on display in the first Match Simulation where the Risers took on the Risers #OrangeArmy #OrangeOrNothing #IPL2021 pic.twitter.com/psYF75qUhm

SRH mentor VVS Laxman wore a confident look after the practice session as players are shaping up well for the first game against Delhi Capitals on Wednesday.

"We got another practice game on 19th and I am sure it will be much better and also the practice sessions have been purposeful and meaningful, so overall I think boys are shaping well for the first game on September 22," said team mentor Laxman handle through video post.

SRH spinner Rashid Khan has said the side will be treating every game in the UAE-leg of the Indian Premier League (IPL) 2021 as their final match.

SRH is languishing at the bottom of the points table and the side will have to battle it out to make it to the top four.

Rashid is also working on his batting skills to give SRH an edge lower down the order.

"From one and a half years, I have been working on my batting as last 15-25 runs are very crucial for the side. So just trying my best to do different things, haven't practised a lot of shots in the nets but I'm just focusing on having the right mindset," said Rashid in the video.

"Definitely looking forward to the rest of the season, yeah we didn't have the ideal start in the first half of the tournament but looking forward to finish up well and treat every game as a final and give my 100 per cent," he added.

The 14th season, which was postponed in May this year in the wake of the COVID-19 pandemic, will resume on Sunday in Dubai with a blockbuster clash between Chennai Super Kings and defending champions Mumbai Indians.

After the CSK-MI clash, the action will then shift to Abu Dhabi where KKR will square off against Royal Challengers Bangalore.

Sharjah will host its first game on September 24 when Royal Challengers Bangalore take on Chennai Super Kings. In all, 13 matches will be held in Dubai, 10 in Sharjah, and 8 in Abu Dhabi.

Kane Williamson Rashid Khan IPL 2021 Cricket
Get the latest updates on IPL 2021, check out the IPL 2021 Schedule and Indian Premier League Live Score . Like us on Facebook or follow us on Twitter for more sports updates. You can also download the NDTV Cricket app for Android or iOS.