IPL 2021: Ravichandran Ashwin "Back In The DC Blue", Hits The Nets At Delhi Capitals. Watch

IPL 2021: Delhi Capitals' off spinner Ravichandran Ashwin rolled his arm over at the nets as the team gears up for the IPL. 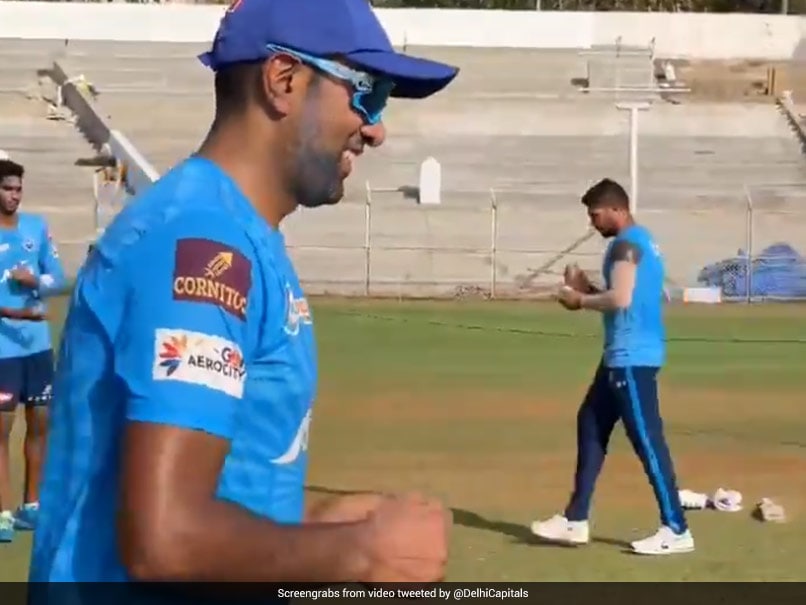 Ravichandran Ashwin hit the nets at Delhi Capitals (DC) ahead of the 14th season of Indian Premier League (IPL) on Saturday. DC posted a video on social media where Ashwin is seen rolling his arm over in the nets. Ashwin was traded to DC from Punjab Kings ahead of the 2020 season and returned 13 wickets from 15 matches last season. "Roses are red, @ashwinravi99 is back in the DC blue," wrote DC in their social media post. "His smile will make you smile too."

Roses are red, @ashwinravi99 is back in the DC blue

His smile will make you smile too #YehHaiNayiDilli #IPL2021 pic.twitter.com/juAF5XDbOq

Ashwin comes into the IPL on the back of an excellent season with the Indian cricket team where he excelled with both bat and ball. In the four-match Test series against England at home, Ashwin made 189 runs with one century and picked up 32 wickets - the most by any bowler in the series.

Ashwin was also one of India's star performers in the away Test series in Australia that preceded the England series.

The 34-year-old picked up 12 wickets from three Tests and shared a match-saving partnership with Hanuma Vihari in the second innings of the third Test in Sydney to save the match for India.

In the IPL, too, Ashwin has been one of the leading wicket-takers. He is currently sixth on the all-time wicket-takers' list with 138 wickets from 154 matches.

He led Punjab Kings in 2018 and 2019 and has played for Rising Pune Supergiant and Chennai Super Kings (CSK) in the past.

IPL 2021 is set to begin on April 9 with defending champions Mumbai Indians taking on Royal Challengers Bangalore in Chennai.

DC play their first match on April 10 in Mumbai against CSK.

Ravichandran Ashwin IPL 2021 Cricket
Get the latest updates on India vs South Africa and check out  Schedule, Results and Live Score. Like us on Facebook or follow us on Twitter for more sports updates. You can also download the NDTV Cricket app for Android or iOS.