IPL 2021: Rajasthan Royals' Jofra Archer Back In Nets After A Freak Hand Injury

IPL 2021: Jofra Archer has been out of action after suffering an injury to his hand earlier this year, and Rajasthan Royals are plenty pleased to see their ace speedster back in action. 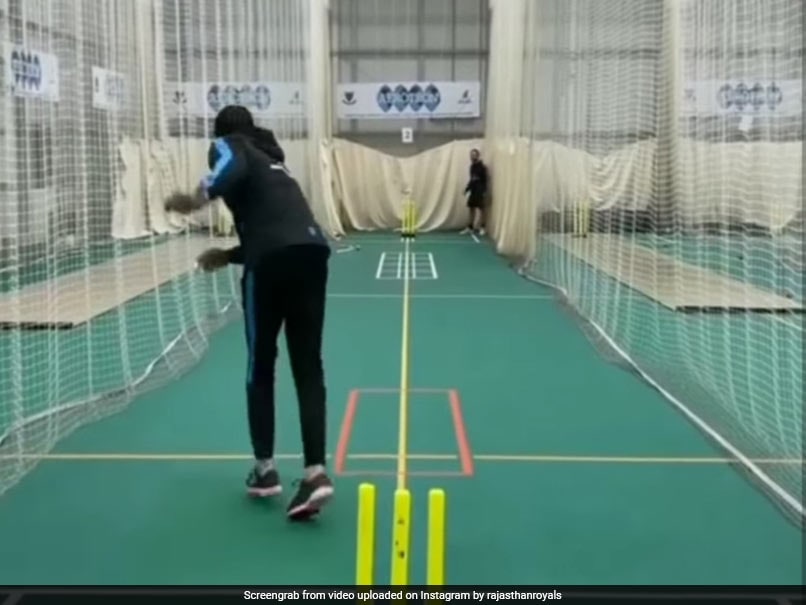 IPL 2021: Jofra Archer during a training session after his injury.© Instagram

England pacer Jofra Archer, who had been out of action following a freak hand injury in January, is back in the nets and his team Rajasthan Royals (RR) are really happy about it. The Indian Premier League (IPL) franchise posted a video on social media of Archer resuming practice and captioned it, "Things we love to see - Jofra back in the nets." The Instagram video shows Archer taking a slow run-up to bowl at an indoor facility. He, however, misses the wickets and a voice from behind the camera says "pace".

Several RR fans expressed their happiness on seeing Archer practicing. "Come back soon Jof, waiting for your return," said one user. "RR need Jofra," read one of the posts.

Archer underwent surgery to remove glass fragments that had pierced into his right middle finger while cleaning a fish tank at his home. Recently, the paceman had posted a photograph on his Instagram account in which he was seen sitting near the edge of a hill in Beachy Head Cliff on the southern coast of Britain, with a bandage wrapped around his fingers.

His fans had then said that they had been praying for his speedy recovery. "Get well soon, lil bro," one of them wrote.

Archer was named IPL's most valuable player (MVP) last year. He had claimed 20 wickets at an economic rate of 6.56. There's been no update on whether Archer will play in the IPL this season.

Rajasthan Royals will next face Delhi Capitals on April 15 at the Wankhede Stadium in Mumbai.