IPL 2021: Liam Livingstone, who represents Rajasthan Royals (RR), hopes that he will continue with his power-hitting skills which is also his "super strength". 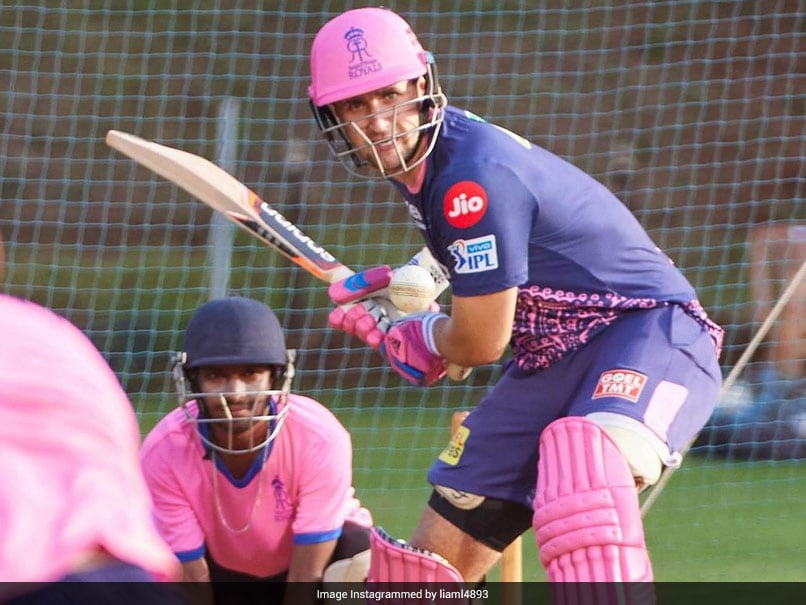 England and Rajasthan Royals batsman Liam Livingstone has said power hitting is his "super strength" and is hopeful to continue batting the same way in the Indian Premier League (IPL) 2021. A destructive batsman who has close to 350 overall sixes to his name across formats, Livingstone wants to be as consistent as possible. "Power-hitting is something that I've worked really hard at - trying to get that consistency. Ultimately, it's sort of a super strength for me at the moment and hopefully, I can continue with it," said Livingstone in a Rajasthan Royals release.

Currently in the midst of 'the season of his career', Livingstone is back with the Rajasthan Royals and straight away means business.

Having been off the leash lately, scoring fluently with the help of a handful of sixes in most innings, the devastating batter spoke on a variety of topics ahead of the resumption of the IPL 2021 season.

"I've really enjoyed my cricket over the last two or three months. I certainly wouldn't have expected to do what I've done -- if you would've said at the start of the summer that this was going to happen, I wouldn't have believed you. So, it's nice to see my hard work of the last couple of years starting to pay off," said Livingstone reflecting on his fine form.

The hard-hitting Englishman had to withdraw midway into the first phase of the IPL 2021, but says it was one of the toughest decisions he had to make.

"I had spent a lot of time away from home during the winter, living out of hotels. Ultimately, I guess the pressure of everything kind of built up to a point where I felt like I wasn't in the best place to perform even if I was needed to," said Livingstone.

"The best decision for me personally and my own health was to go home and take some time off, and I think Royals management were kind enough to understand this and make everything easy for me. I feel there's more to life than just cricket, and sometimes we sort of forget that we are actual human beings and sometimes we have to look after ourselves.

"I guess the decision I made at the time wasn't an easy one, I wanted to stay with the Royals and try to help us win some games. But I think sometimes your mental and physical health is most important," Livingstone added.

Summing up Rajasthan Royals' campaign in the first half, Livingstone said that "the team played some good cricket at times and some bad cricket as well".

He added, "But we've now got a great opportunity to qualify for the playoffs. I feel like we've put together a really good squad, we've filled our overseas with good quality. We've got a lot of Indian talent in our group and hopefully, we can get our combinations right to get some points."

Asked whether he feels he's at the peak of his career at the age of 28 having played more than 150 T20 matches across domestic and global leagues, Livingstone replied, "I guess so. A lot of sportspersons don't peak until they're at the age of 30, so hopefully, I'm just starting to hit the peak of my career and can continue performing well in the next four-five years."

Responding to a question about the batting position or a role that he relishes playing, Livingstone said, "In the last couple of years, I've played at different positions. I open at home (with Lancashire), I play at 5 or 6 for England. So, it's something that I've plied myself on...being adaptable to wherever I can contribute within a team, and I guess it's something that helps me, makes me a little bit more selectable."

Summarizing the conditions in the UAE from a batter's perspective, Livingstone said, "I've played a full PSL here and some matches with England as well, so I feel the pitches are good. Everybody thinks they're going to be really spin-friendly, but sometimes they're really good pitches and can prove to be as good as anywhere else in the world."

The second half of IPL kickstarts with the high-voltage clash between defending champions Mumbai Indians and Chennai Super Kings on Sunday and will be broadcast on Star Sports Network at 7:30 PM.

Rajasthan Royals Liam Livingstone IPL 2021 Cricket
Get the latest updates on IPL 2021, check out the IPL 2021 Schedule and Indian Premier League Live Score . Like us on Facebook or follow us on Twitter for more sports updates. You can also download the NDTV Cricket app for Android or iOS.